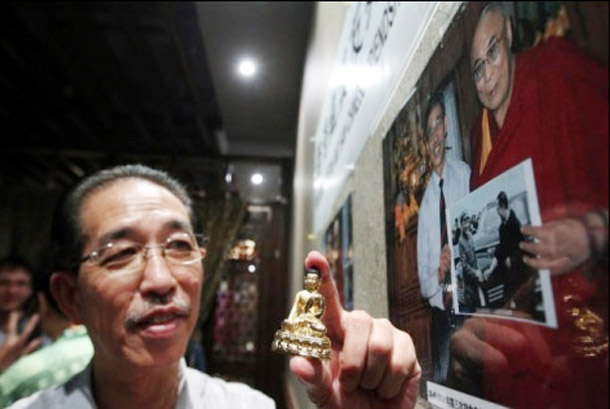 Dharamshala: - His Holiness The 14th Dalai Lama, the spiritual leader of Tibet, has been invited to visit Hong Kong by a Tibetan and Han-Chinese religious organisation in September. The organisation said it is confident that His Holiness will be able to make the trip.

Philip Li Koi-hop, chairman of the Hong Kong Tibetan and Han-Chinese Friendship Association, expressed his optimism while speaking to Hong Kong based newspaper the South China Morning Post. Li said he has visited the Dalai Lama four times in India between 2009 and 2011.

"One time I asked him if he wanted to come to Hong Kong. He answered 'Yes', and said a University of Hong Kong professor had invited him earlier. But the Hong Kong government rejected the visit," Li, who has visited the Dalai Lama four times in India between 2009 and 2011, told the Post.

Li said the current invitation to the 77-year-old spiritual leader, who relinquished all his political authority to the elected Tibetan leadership in 2011, was sent following his return from his latest visit.

Li further told the Post that he hopes to use media pressure to urge the Dalai Lama to come to Hong Kong as well as to lean on the Immigration Department to allow the visit.

He has applied to the Immigration Department as well as sent letters to authorities in the mainland, and to President Xi Jinping, to allow His Holiness the Dalai Lama to visit the city. But it has not given an answer yet. It has said only that it processes all applications according to the law and current immigration policy.

It said it would consider all factors related to an application before making a final decision.

Li added that if the Dalai Lama, who was forced into exile in 1959, is allowed to enter Hong Kong, "his visit will represent significant progress in easing tensions with Beijing."

The Hong Kong Tibetan and Han-Chinese Friendship Association was set up in 2010 to ''defend Tibetans' core value and promote ethnic harmony in China.'

An official of the Association had earlier told the Kyodo news service based in Tokyo "they want to gather people who would defend Tibetan culture and to build strong ties with them."

Li also said that if the Tibetan spiritual leader is permitted to visit Hong Kong, "his visit will represent significant progress in easing tensions with Beijing."

However, His Holioness The Dalai lama's private office has clarified that there was no such plan to tour the special administrative region under the control of People's Republic of China.

“Yes, it is true that the Private Office received the letter and our concerned staff had immediately replied saying that His Holiness' visit would not be possible for the time being,” said Nagpa Tsegyam, secretary at His Holiness the Dalai Lama's private office

“His Holiness has no scheduled plans of visiting Hong Kong in the near future,” he said, adding that there was a lengthy process involved in organising spiritual leader's visit and required detailed planning.

Tsegyam added that His Holiness the Dalai Lama meets many devotees from mainland China and many followers from Hong Kong had extended invitations to him.

“When invited to visit Hong Kong, His Holiness has repeatedly said that if the Chinese government allows, he is most willing to visit,” the senior official said. He noted that the 77-year-old spiritual leader follows a pre-planned schedule and will be visiting Europe this September.