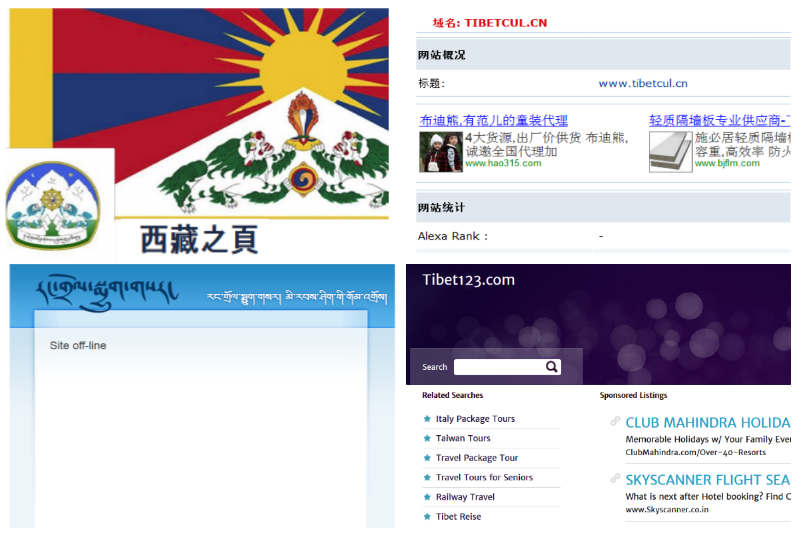 Dharamshala: — Hackers have attacked the Chinese-language website of the Central Tibetan Administration (CTA) based in Dharamshala, India with an unidentified virus, making the portal inaccessible.

"Our office cannot access the website and we are trying to figure out what kind of virus is responsible for the problem," Tashi Phuntsok, spokesman for the CTA based in the north Indian town of Dharamshala, told AFP.

The official site of the CTA covers the parliament, cabinet, administrative departments, and public offices.

Hackers have taken down the English, Tibetan and Chinese versions of the website several times in the past, according to Phuntsok."We are a prominent target for attacks by Chinese hackers," he said.

He could not confirm when the hackers had struck or if spying software had been installed on the computers and laptops of users trying to log on to the website.

Kurt Baumgartner, a researcher at Kaspersky Lab, a global manufacturer of antivirus software based in Moscow, detected the attack late Tuesday and said the website had been "strategically compromised" as a result.

The official website of the CTA, located at www.tibet.net, is a trilingual website in Tibetan, English and Chinese languages. The site acts as a window to the departments and offices of the CTA, Tibetan settlements, schools and institutes.

Several Tibetan-language websites and blogs hosted in China have gone offline from last year. The four Tibetan language websites; tibetcul.cn,(Tibetan Culture) rabdrol.net, (famous blog) dobumnet.com (blog) and tibet123.com (One of most popular blogs in Tibet) are among the popular websites have been temporarily shut down or removed completely.

Most of the popular independently-run Tibetan blogs and sites, Tibetan official websites, those hosted in outside of China have also still blocked in major cities in China, including Beijing, while testing at websitepulse.com

The websitepulse.com shows status of any blocked websites as: "Failure receiving network data." The wikipedia has also listed more than 2600 websites, which are or were blocked in China. Lists of websites blocked in China.

The Paris based world media watchdog 'Reporters Without Borders' in may this year has added Xi Jinping, president of the People's Republic of China, in the new list of predators of world press freedom.

According to RSF, 'Xinhua' - the world's biggest propaganda agency belonging to the Chinese Communist Party's Propaganda Department, employs more than 10,000 people. The head of the Xinhua has the rank of a minister.

Since October 1949, this state-run news-agency has been completely subordinate to the Chinese Communist Party and remains the voice of the sole party.

China remains as one of states that are classified as 'Enemies of the Internet, ' where severely curtail freedom of expression on and access to the Internet