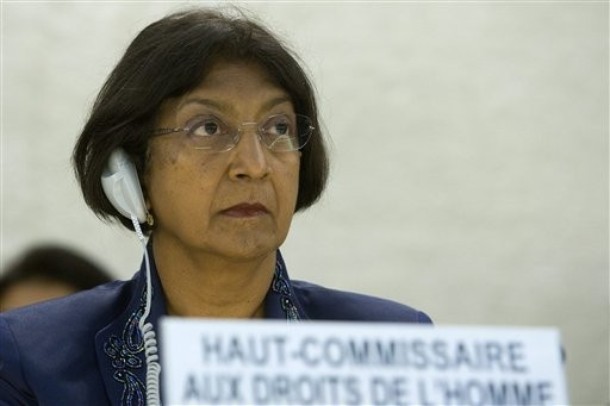 Dharamsala: In her keynote speech at the 12th session of the Human Rights Council in Geneva, Switzerland, Navanethem Pillay, UN High Commissioner for Human Rights, condemned the recent outbreaks of violence in the various autonomous regions of China, including Tibet. She called upon the Chinese government to "reflect on the underlying causes of such incidents, which include discrimination, and the failure to protect minority rights."

Specifically, Pillay urged Chinese authorities to release peaceful protestors that are still in detention, and to investigate reports of their abuse. She went on to address the Human Rights Council directly, stating that all member states had an obligation "to confront violations wherever and whenever they take place. A failure to rise to this challenge would constitute a betrayal of the victims of human rights violations all over the world," and a responsibility "to protect human rights defenders, as well as the press, from any form of violence, intimidation or discrimination, and to hold accountable those who are responsible for any such acts of violence, intimidation or discrimination."