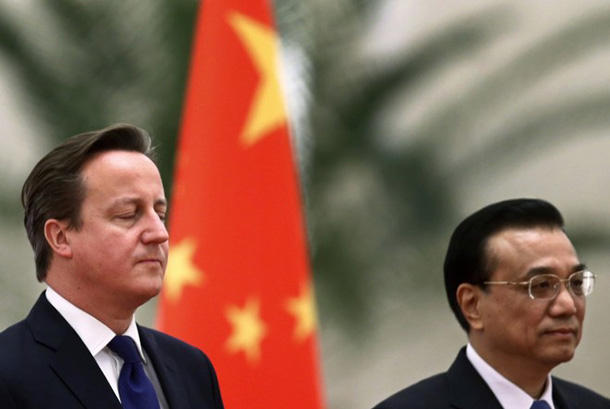 London: - With the crisis in Tibet deepening and with Tibetans facing increasing restrictions on their human rights and civil liberties, Tibet Society urges the UK government to use the upcoming UK-China Human Rights Dialogue (20-21 May) to stand up for Tibet and call on China to end its crackdown on human and civil rights in Tibet and peacefully resolve the grievances of the Tibetan people.

Ms Carrick continued, "Tibetans in Tibet today face intolerable restrictions on religion, culture and language. This is on top of the routine denial of freedom of expression. In recent weeks, Tibetans have been tried and sentenced in secret, and jailed for up to 13 years for taking part in peaceful protests. World governments should not, and must not, allow China to continue to so blatantly disregard international norms both in rule of law or human rights. What purpose is there to bilateral human rights dialogue unless governments use the occasion to press for substantive and meaningful progress in bringing freedoms and rights to the people of China and Tibet?"

On 20-21 May, the UK-China Human Rights Dialogue is due to resume after a hiatus of two years. The Dialogue was originally scheduled for 14-15 April but was called off unilaterally by China. Government sources told Tibet Society they understood China scrubbed the meeting over its objection to an intervention by the UK at the UN Human Rights Council. The UK had supported a motion for a minute's silence in memory of Chinese human rights defender Cao Shunli, who died on 14 March whilst in custody.

The agenda for the April meeting was also a source of contention for China, which included issues such as freedom of expression and ethnic minority rights. The agenda for the rescheduled meeting is not known, but Tibet Society has been assured the basis of the agenda would not be compromised as there would be little point to talks if there was no possibility of anything substantive being discussed.

In April, Tibet Society, as part of a coalition of NGOs, submitted a briefing paper to the UK Foreign Office. The paper outlined key human rights concerns in China and Tibet and provided a series of recommendations for the UK government to urge the Chinese government to take.

Amongst the recommendations are the ratification and adherence to international human rights treaties, the abolition of arbitrary detention, a moratorium on the death penalty and the release of all imprisoned human rights defenders.

In particular, Tibet Society is calling on the UK government to urge China to end their policies in Tibet which restrict religious, cultural and linguistic freedoms, and to press for full and open access to Tibet for media, diplomats and international observers.

In light of China's recent acceptance of a visit by the UN High Commissioner for Human Rights, Tibet Society is calling on the UK government to urge China to provide a date for this visit and to guarantee Ms Pillay free and unfettered access to Tibet.

In April, news of a series of harsh prison sentences for Tibetans emerged, handed down to those involved in peaceful protests in October 2013. The sentences, meted out following trials held in secret and without due process, range from 10 to 13 years and stem from an initial rejection by Tibetans to official government orders to fly Chinese flags from their homes. In addition, a senior monk has been sentenced to 18 years in prison simply for the possession of photos and recordings of the Dalai Lama .

Tibet Society urges the UK government to call on China to not only release these Tibetans who were expressing themselves in a peaceful manner, but to give assurances that all future trials are held in an open and transparent manner and follow universally-accepted standards which allow due process.