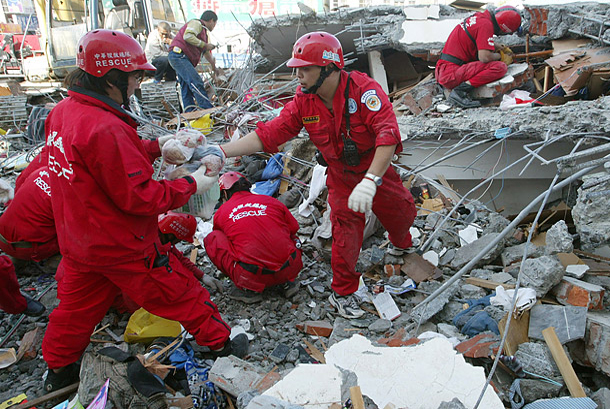 Dharamshala — The spiritual leasder of Tibet, His Holiness the Dalai Lama expressed his concern for the devastation caused by the recent earthquake in Taiwan.

In a letter to Taiwan's President Ma Ying-Jeou, His Holiness the Dalai Lama expressed his sadness on learning of the powerful earthquake that struck Tainan, Taiwan.

He conveyed his heartfelt condolences to the families of the deceased and prayers for the well-being of those who were injured or lost their homes.

As a mark of his sympathy and solidarity with the people of Taiwan, His Holiness is making a token donation towards the relief and rescue work.

The letter dated 6 February 2016 states that His Holiness also requested fellow Buddhists to recite The Heart Sutra for the people of Taiwan.

Among the dead was a 10-day old baby girl baby. Nearly 500 people were injured, at least 92 of whom remain in hospital.

Authorities ended the search for survivors on the eighth day after the 6.4-magnitude shook southern Taiwan on February 10, 2016 and caused 116 deaths.

The last trapped person was rescued alive on Saturday afternoon, the city's disaster response office said, adding that "a total of 289 people were rescued.

The 16-story Weiguan Golden Dragon complex was the only building to collapse during the earthquake. A total of 327 people in the building survived. Rescuers said the chances of finding more survivors are now slim.

Earthquakes frequently strike Taiwan but usually cause little or no damage, particularly since more stringent building regulations were introduced following a magnitude-7.6 quake in 1999 that killed more than 2,300.