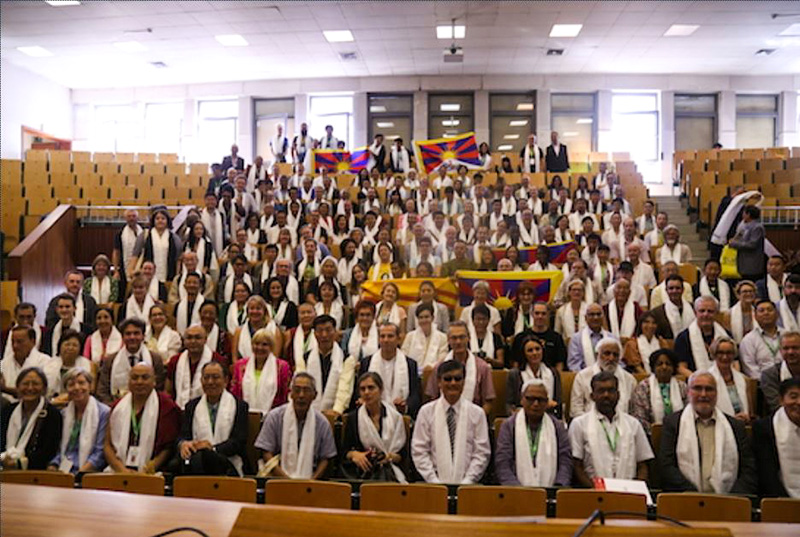 Brussels — Delegates from Tibet Support Groups based in 50 countries Saturdy urged the Chinese government to engage in an earnest dialogue with the Tibetan leadership to resolve the issue of Tibet on the basis of  Middle-Way Approach, while reiterating their strong for His Holiness the Dalai Lama and the Central Tibetan Administration leadership.

The Seventh International Conference of Tibet Support Groups, facilitated by the Department of Information and International Relations (DIIR) concludes three-day international conference in Brussels, the capital of European Union.

Over 250 delegates from 50 countries met to examine the current situation in Tibet, especially the political, human rights and environmental developments, and drew up plans for coordinated action to amplify the worldwide Tibet movement.

The delegates expressed its complete and continuing solidarity with the non-violent struggle of the Tibetan people for freedom and restoration of their fundamental human rights.

Placing the responsibility of the crisis in Tibet on China and their failed policies, the TSGs said the Chinese government should implement real changes in its policies and behavior towards the Tibetans and resume dialogue with Tibetan representatives to arrive at a mutually beneficial agreement.

They further called on governments and the international community to resist Chinese pressure to endorse China's claim to Tibet and urged them to persuade China's leaders to abandon the shameless precondition.

"We reaffirm our commitment to support His Holiness the Dalai Lama and the Central Tibetan Administration leadership's persistent call for earnest dialogue to resolve the Tibetan issue," the TSGs said.

"We will further strengthen our efforts to press the international community to persuade the Chinese leadership to resume dialogue and will continue our dedication until a satisfactory solution has been achieved," they added.

The three-day conference also outlined a series of Action Plans to be carefully considered and developed including joint and individual action by governments on violation of religious freedom, legal action in national courts on the basis of universal jurisdiction, action on language rights at the United Nations, list the 1959 Tibetan national uprising among the UNESCO's heritage of Memories of the World, to press all affected countries in particular the PRC to enter into a water-sharing agreement regarding the waters originating from the Tibetan plateau.