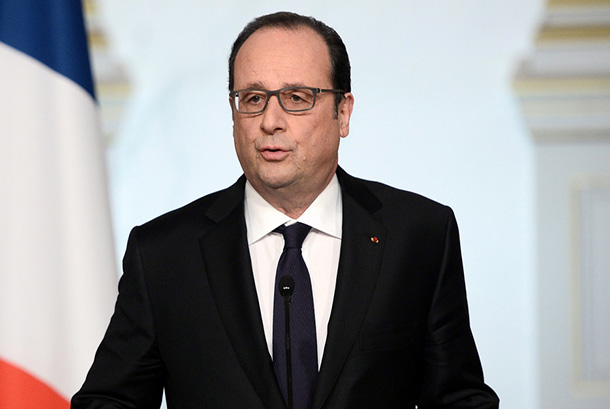 Dharamshala — A new opinion poll finds 86% of French public wants President Francois Hollande and other top officials to meet the spiritual leader of Tibet, His Holiness the Dalai Lama during his seven-day trip to France. Tibet Support Groups in the French National Assembly have made similar appeals to Mr Hollande, in favor of freedom and the preservation of the fragile ecosystem of the Tibetan plateau.

The Tibetan leader arrived in Paris on Monday for a six-day visit that will take him to the European Parliament and Paris. His Holiness will meet some of the thousands of Buddhists who live in France where, according to the Union Bouddhiste de France(UBF), Buddhism is the fourth religion.

According to French media reports, the poll conducted by the French Institute of Public Opinion (IFOP) from September 6 to 7, 2016, on the eve of His Holiness the Dalai Lama's visit to France, finds that 86 per cent of the French public feels President François Hollande "has to officially receive the Nobel Peace Prize laureate in the name of Human Rights."

According to the poll conducted by telephone, this belief transcends all age groups, all social backgrounds and all political affiliations, but with a higher proportions among Socialist supporters (91%) the Republicans (LR) (88%) and the National Front (81%).

In addition Mr Jean-Patrick Gille and Mr Noël Mamère, co-chairs of Tibet Group in the French National Assembly, will receive His Holiness the Dalai Lama in the French Senate on Wednesday, 14 September during His Holiness' two-day visit to Paris.

The duo also wrote a letter to French President Mr Francois Hollande, Prime Minister Mr Manuel Valls, several Ministers of the cabinet and the President of the French National Assembly, urging them to meet the Tibetan leader during the his visit.

"Today it is more than necessary that the Tibetan community gets the support of the international diplomatic partners to quickly build a peace process with China," they wrote.

"The civil society should be sensitised on the Tibet issue and the politicians themselves must adopt a clear position in favor of freedom and the preservation of the fragile ecosystem of the Tibetan plateau," they said.

Earlier, over twenty Tibet Support Groups (TSG) in France under the initiative of Association Tibet Libre, have written an open letter to French President Francois Hollande, requesting him to receive His Holiness the Dalai Lama during his visit.

In the letter, the TSGs have asked for a public meeting between the two leaders to restore and revive the French people's faith in peace, harmony and the beauty of their country in the backdrop of a series of terrorist attacks that rocked France.

French Senator André Gattolin, who has deep interest in the Tibetan issue, said: "This result shows that, despite the pressure from the Chinese authorities towards the West, the French give massive support to the recognition at the highest level of the State of the role of the Dalai Lama and the Tibetan cause. I recall that Barack Obama received on June 15 the Dalai Lama to the White House, despite the warning from China."