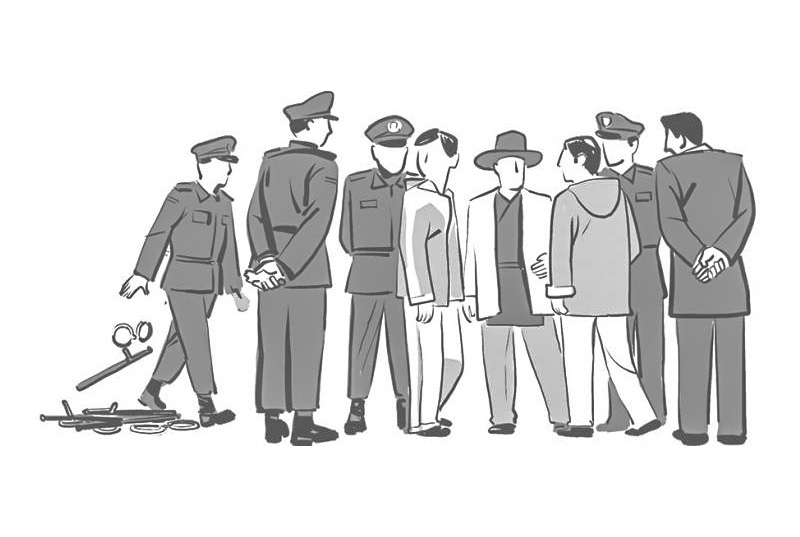 New York — "Orwell himself would be hard pressed to invent a better vocabulary of totalitarian management. But ultimately the message of the Chinese authorities' terms for Tibetans is clear: political nonconformity will be punished, severely." said Sophie Richardson, China director of Human Rights Watch.

The statement was made in reference to the increased efforts of the Chinese authorities in the utilization of unclear or non-transparent policy terms in an attempt to intensify the repression and subjugation imposed in Tibet.

In an illustrated glossary, 'Tibet: A Glossary of Repression,' expounds on several terms that may appear to be beneficial or conducive but in reality are used to warrant total and complete compliance and surveillance by the Chinese authorities with regard to ordinary Tibetans. The glossary includes terms that relate to political and social control, such as "comprehensive rectification," "no cracks, no shadows, no gaps left," and "every village a fortress, everyone a watchman."

The terms included in the glossary are used frequently by the officials to not only subjugate the Tibetan population regarding the correctness of the Chinese Communist Party's rule and its policies, but also to ensure the deterrence of any critical comments regarding the party and its rule. It is claimed that such terms 'reflect a profoundly repressive approach to governance in Tibet.'

A system or policy of 'stability maintenance' has been perpetuated in the Tibetan areas within China, specifically the Tibetan Autonomous Region or TAR. This policy corresponds to a range of policing and administrative systems aimed at preventing, controlling, or punishing social dissent and social disorder used across China – as one way to eradicate support for the Dalai Lama. The response to this took place in the form of the protests in the Tibetan plateau in 2008 supporting His Holiness, the Dalai Lama. The protests impelled the Party leaders to formulate new methods preventing such civil unrest and commissioned researchers to complete the task.

In 2011, new administrative and security mechanisms were introduced in the Tibetan Autonomous Region, which consisted of permanent teams of cadres installed as managers in every monastery and religious institution, teams of cadres deployed for three years in every village to organize security operations and political education, and 'grid system' offices set up to monitor and manage each block or group of homes in every town and many villages.

The repressive nature of such actions was re-asserted by Richardson, who stated, "Understanding terms like 'social rectification' makes clear Chinese authorities' intentions in Tibet: that all life and daily behavior will be under surveillance, and any problematic conduct will be identified and swiftly punished."