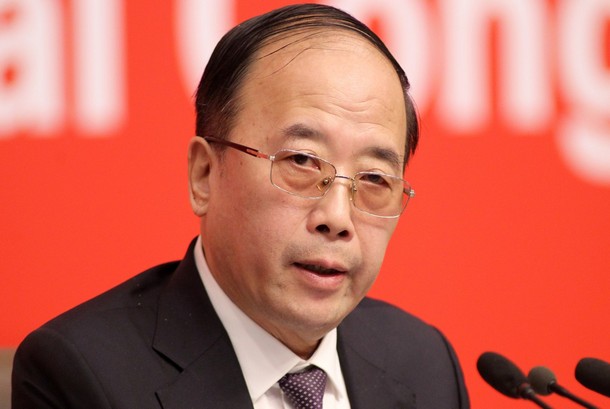 Dharamshala — Claiming "there is no legitimate government that that has recognised the Dalai Lama group", China's authoritarian communist regime in Beijing has attacked world leaders for meeting the spiritual leader of Tibet, Holiness the Dalai Lama.

"Any country or any organisation of anyone to accept to meet with the Dalai Lama in our view is a major offence to the sentiment of the Chinese people," said Zhang Yijiong, Executive Vice Minister of the so-called "United Front Work Department" of the Communist Party of China (CPC). "Also, since they have committed to recognising China as a sole legitimate government representing China it contravenes their attempt, because it is a serious commitment," Zhang said on Saturday, on the sidelines of the once-in-a-five-year congress of the CPC.

According to media reports, Zhang said officials representing their governments should speak and act with caution and China would not accept the arguments of foreign countries and leaders to meet His Holiness Dalai Lama as a religious leader. "I want to make it clear that the 14th Dalai Lama, the living Buddha handed down by history is a political figure under the cloak of religion," he said, adding: Dalai Lama fled to the other country" in 1959 "betraying his motherland and setup his so called government in exile".

That "so called government" has the mission of a separatist agenda to split Tibet from China. For decades, the group with 14th Dalai Lama as the leader never stopped to achieve that political agenda. There is no legitimate government that that has recognised the Dalai Lama group," he said, adding that "fewer countries and leaders are hosting him."

"Some countries may say the Dalai Lama is not a political figure but a religious figure and their officials meet him not in his political capacity. But that is not true and not right because every official represent their government and they are political figures," Zhang said.

"So we urge all to exercise caution and prudence to bear in mind the respect for China's sovereignty and for their relations and friendship with China," he said. Zhang also claimed that Tibetan Buddhism is originated from China. "It is a special form of religion that originated within China. In the process of development of Tibetan Buddhism, it was influenced by other religions and other cultures, that is true but is not acquired religion," he added. Zhang claimed. "in Tibet, China is encouraging Tibetan Buddhism to reclaim its Chinese orientation. "

Zhang Yijiong, vice-minister of the agency responsible for relations with non-Communist groups – also said that the Communist Party had made progress on the "Sinofication" of religions. Human rights observers have reported an official crackdown on religious activities, including Tibetan Buddhism of which His Holiness Dalai Lama is the leader, but the central government has denied the accusation and emphasised the need for public security. "We strong oppose infiltrating, secessionist and disruptive activities and violent acts of terrorism in the name of religion," Zhang said on the sidelines of the party congress.

The 82-year-old Nobel Peace Prize laureate says he has pursued a "middle way" strategy in which he simply seeks "genuine autonomy" for the people of Tibet within China or within the framework of the Chinese constitution, rather than press for full independence.

The series of negotiations between envoys of His Holiness the Dalai Lama and Chinese government officials broke down in November 2008, after Chinese officials strongly rejected a proposal for "genuine autonomy" presented to them. The envoys later expressed disappointment over China's rejection and they said current circumstances made substantive dialogue very difficult. However, the Central Tibetan Administration led by President Dr Lobsang Sangay says he will continue the "middle way" policy, which is considered a win-win proposition for both the Tibetans and the Chinese.

ibet was invaded by the Communist regime in China, starting in 1949. Since that time, over 1.2 million out of 6 Tibetans died as a direct result of China's invasion and continued occupation of Tibet, over 6000 monasteries have been looted and destroyed— and acts of murder, rape, arbitrary imprisonment, torture, and cruel, inhuman and degrading treatment have been inflicted on the Tibetans inside Tibet. Beijing continues to call this a "peaceful liberation".