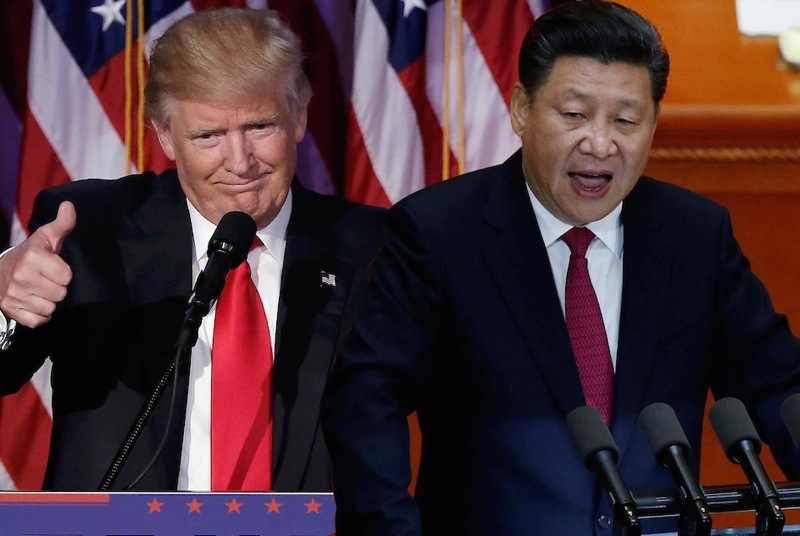 Dharamshala — With President Donald Trump's first Asia visit underway, a bipartisan congressional resolution has been introduced in the United States House of Representatives on November 1, urging the Trump Administration to make Tibet an important factor in US-China relations.

Dharamshala — With President Donald Trump's first Asia visit underway, a bipartisan congressional resolution has been introduced in the United States House of Representatives on November 1, urging the Trump Administration to make Tibet an important factor in US-China relations.

The resolution calls for the American President to address the Tibet issue with the Chinese President, also to fully implement the US Tibetan Policy Act, to promote access of US citizens to Tibet and to encourage China "to enter into a dialogue with the Dalai Lama or his representatives leading to a negotiated agreement with respect to Tibet."

The resolution also recalls the Congressional Gold medal awarded to His Holiness the Dalai Lama in 2007, saying, "in the ten years since the Dalai Lama accepted the Congressional Gold Medal, China has implemented increasingly repressive policies in Tibet, including travel restrictions against Tibetans and United States citizens, restrictive regulations on religious affairs, censorship of Buddhist literature and information, demolition of Tibetan Buddhist sites, imprisonment of Tibetan prisoners of conscience, and declarations that decision-making power over the reincarnation of the Dalai Lama and over the end of survival of his lineage resides with the central government of China."

Further, the resolution says that His Holiness the Dalai Lama “continues to use his moral authority to promote the concept of universal responsibility as a guiding tenet for how human beings should treat one another and the planet we share,” adding that the Nobel Laureate has worked “to advance the goal of greater understanding, tolerance, harmony, and respect among the different religious faiths of the world through interfaith dialogue and outreach to other religious leaders.”

Representative Ros-Lehtinen said in a statement introducing the resolution, “China’s repression of the Tibetan people represents a serious threat to the region’s stability and must be a higher priority in U.S. foreign policy. With President Trump traveling to China next week, this resolution sets a clear blueprint for Tibet policy in U.S.-Chinese relations, outlining where the United States needs to take a stronger hand and stand up to Beijing’s bullying.

"As we mark the 10-year anniversary of His Holiness the Dalai Lama receiving the Congressional Gold Medal, U.S. policy must work to reverse China’s dangerous behavior and finally achieve a negotiated solution that includes meaningful autonomy for the Tibetan people.”

Representative Engel, who visited Dharamshala in May of this year, said, “China’s systematic oppression of the Tibetan people is increasing in intensity and cruelty. So when the President travels to China in the coming days, I hope he makes it clear that human rights and democratic values are central components of American foreign policy.

"As the spiritual leader of the Tibetan people, His Holiness the Dalai Lama has inspired the world for decades with principled and peaceful leadership, a stark contrast to a regime in Beijing bent on consolidating economic and political power. Congress has long supported the cause of the Tibetan people, from the Tibetan Policy Act to awarding the Dalai Llama the Congressional Gold Medal. This resolution calls on the Trump Administration to continue America’s principled support of Tibetan people’s right to preserve their own distinct cultural identity.”

President Trump, who left on November 3rd for a five-nation Asia trip, will be in China on November 8.