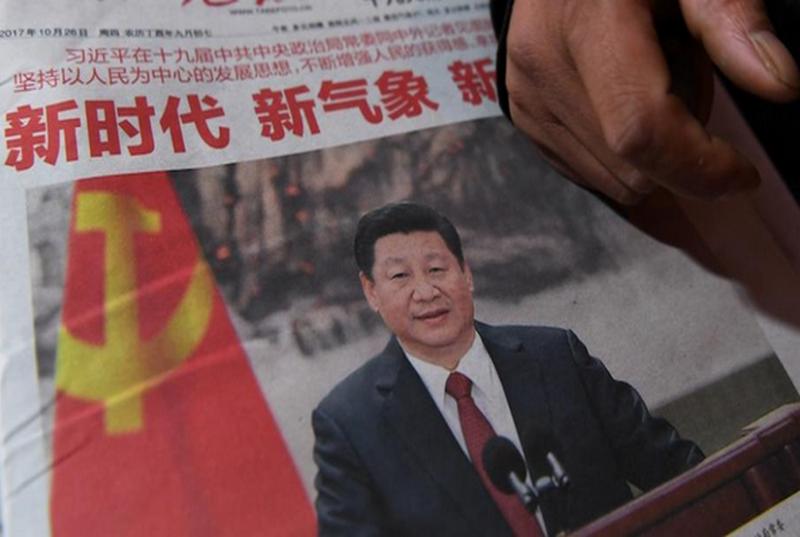 As China prepares to celebrate its New Year, Reporters Without Borders (RSF) points out that more than 50 journalists and bloggers are currently imprisoned and that, from the Year of the Snake (2013) to the Year of the Dog (2018), President Xi Jinping has built his authority on the ruins of the freedom to inform.

"Once again, dozens of journalists and bloggers will spend the Lunar New Year festivities in prison while Xi – China’s president since late 2012 and recently confirmed for another five years – continues to impose his vision of a society based on censorship and surveillance, a society from which journalistic ethics and the citizen’s right to information are barred," the international media watchdog "Reporters Without Borders" said in statement issued on Wednesday, February 14, 2018.

“We urge the international community to put more pressure on the Chinese government to release imprisoned journalists and bloggers,” said Cédric Alviani, the head of RSF’s East Asia desk. “Independent journalism is essential for human and civil rights and, contrary to what the government says, is entirely compatible with Chinese culture, as we can see in Hong Kong and Taiwan.”

In early 2013, at the start of the Year of the Snake, many hoped that the new president would fan the winds of openness and reform but, although his family was a victim of the Cultural Revolution, Xi set about restoring a media culture worthy of the Maoist era.

With his “anti-rumour campaign,” President Xi quickly reined in media that, under his predecessor, had cautiously begun to reflect the variety of opinions being expressed in Chinese society, and he now insists that journalists act as relays of “the Party’s propaganda.”

The Chinese Communist Party Publicity Department (CCPPD), which oversees the actions of 14 government ministries, provides the media with a daily list of topics to be highlighted and topics that are banned, on pain of sanction. Even China-based foreign correspondents complain of the harassment to which they are subjected by the authorities.

The journalist Wang Jing was sentenced to four and a half years in prison in April 2016 because she had covered a politically-motivated suicide attempt in Tiananmen Square. After being arrested in 2014 for allegedly providing a foreign media outlet with confidential documents and being forced to “confess her crimes” on TV, former Deutsche Welle correspondent Gao Yu was given a five-year jail sentence. It was subsequently commuted to house arrest but she has not been allowed to travel abroad for the medical treatment she needs.

Citizen-journalists and bloggers who have tried to pick up the torch of independent journalism are nowadays the favourite targets of what is called “residential surveillance at a designated place,” a label that officializes the abduction, incommunicado detention and torture of activists by the state.

The regime does not sentence free speech defenders to death, but mistreatment of detainees is extremely common and last year Liu Xiaobo, a Nobel peace laureate, and Yang Tongyan, a blogger, both died from cancers left untreated while they were in prison.

Yiu Mantin, a Hong Kong-based book publisher also known as Yao Wentian, was sentenced to ten years in prison in 2014 despite his poor health and advanced age (he is now 75) because he had planned to publish a book critical of President Xi. Gui Minhai, 53, a Chinese-born Swedish publisher who had been preparing revelations about Xi’s mistresses, was kidnapped in Thailand the same year and has been kept ever since in China, where he is being prevented from getting treatment for a serious neurological ailment.

Observers are also concerned for the survival of other detainees. They include Huang Qi, 54, the recipient of an RSF prize in 2004 whose website, 64 Tianwang, was awarded an RSF prize in 2016. He has been held provisionally for more than a year. They also include citizen-journalist Ilham Tohti, 48, recipient of the Sakharov Prize in 2016, who is serving a life sentence; Liu Feiyue, 47, the founder of the human rights NGO Civil Rights and Livelihood Watch; and Liu Xia, 56, Liu Xiaobo’s widow, who has been isolated from the outside world for the past eight years.

The regime is also gradually shutting down foreign VPN services, which allow users to circumvent the “Great Firewall,” and is banning anonymous online comments. Internet surveillance now targets each of China’s 770 million Internet users, many of whom have already been given prison sentences for nothing more than privately-expressed comments.

In an opinion piece published in seven languages, RSF secretary-general Christophe Deloire recently urged the world’s parliamentary democracies to take action to resist the “new world media order” that China is trying to impose beyond its borders. China is one of the last five countries, 176th out of 180 countries, in RSF's 2017 World Press Freedom Index.