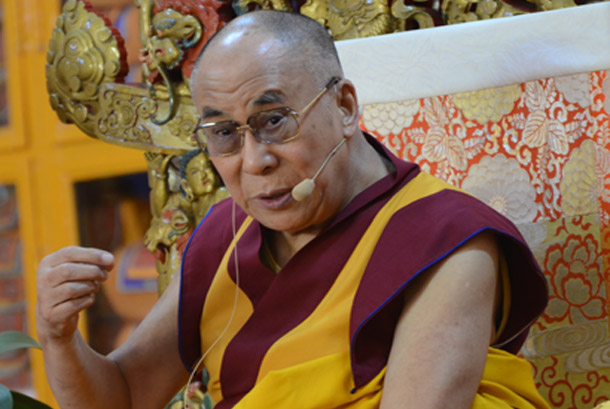 His Holiness the Dalai Lama of Tibet. Photo: CTA/DIIR

Dharamshala — "I always, you see, admire the spirit of the European Union... With that kind of concept, I am very much willing to remain within the People's Republic of China," His Holiness the Dalai Lama said in a video to International Campaign for Tibet on March 15.

"A supporter of the Tibetan cause is not pro-Tibetan, but pro-justice. Your work is important," His Holiness told International Campaign for Tibet. The group celebrated their 30th anniversary on March 15, 2018.

His Holiness continued, "I always, you see, admire the spirit of the European Union. Common interest is more important rather than one's own national interest. This is new thinking, and it is a realistic approach in today's world.

"I often express that something like the European Union's spirit should develop in African Union, Latin American Union. With that kind of concept, I am very much willing to remain within the People's Republic of China. The Chinese word, 'gongheguo,' shows that some kind of union is there.

"So we are different people, historically different, different culture, different language, but we can live side by side happily as sisters and brothers."

His Holiness added, "Please undertake more action in different parts of the world, different continents to raise awareness of the Tibet issue. Not only human rights issue, but culture too."