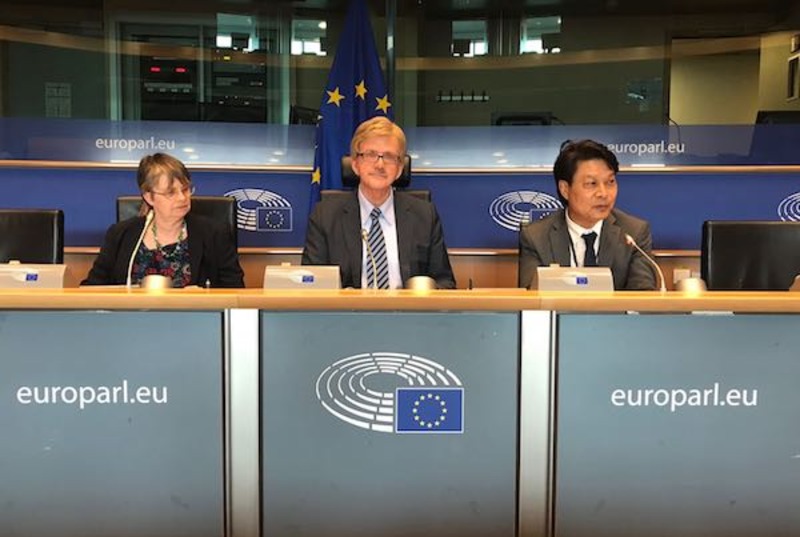 Another important subject discussed at the meeting was the report on EU-China relations of the Foreign Affairs Committee of the European Parliament. The bureau du Tibet and ICT have proposed numerous amendments to the exhaustive and substantive draft report.

The report will be discussed and processed in due course for adoption in the future. Among other issues, the Bureau du Tibet outlined its various events to observe 2018 as the Thank You Year. It also informed the meeting of the forthcoming birthday celebration of His Holiness the Dalai Lama.

The birthday will be celebrated with significant features to add to the solemnity of the occasion. There will be classical Nangma performance, professional and highly regarded impressionist Tibet-themed paintings exhibition and book launch.

The Bureau du Tibet will also organize a photo exhibition in the European Parliament in August entitled “Tibetan in the Diaspora, a Success Story”. This is a highly regarded photo exhibition by Ms Albertina d’Urso from Italy. There is also an accompanying book called Out of Tibet. This exhibition has been exhibited around the world primarily in the US, Europe and Australia.