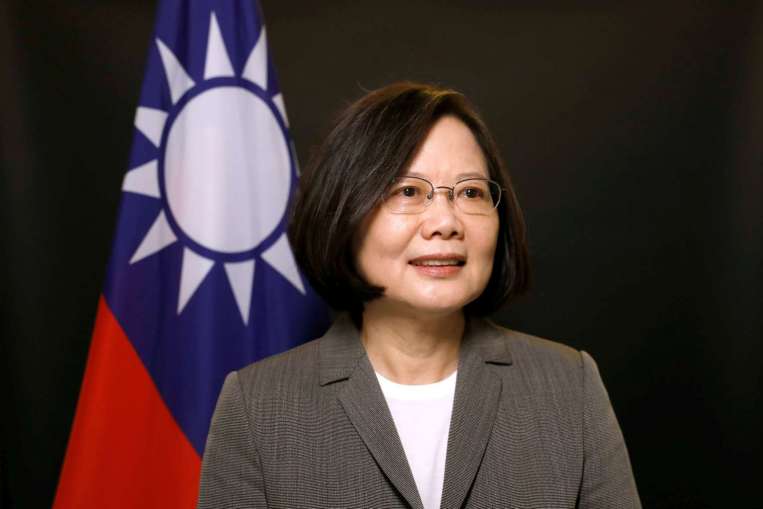 Taipei, Taiwan — President of Taiwan Tsai Ing-wen said on Friday she would be willing to meet Xi Jinping President of China “for peace and stability” in the wake of a landmark summit between the leaders of the two Koreas.

Relations between Taiwan and the China have deteriorated since Tsai came to power in May 2016. Chinese authorities in Beijing still see the self-ruling island as part of its territory awaiting reunification, by force if necessary.

Xi's regime in Beijing is deeply suspicious of Tsai’s traditionally pro-independence Democratic Progressive Party, and has cut off official communications with the government in Taipei as the president of Taiwan refuses to accept that the island is part of “one China” policy imposed by China.

When asked on Friday if she would consider meeting Xi given the way the inter-Korean summit unfolded, President Tsai appeared to offer an olive branch to China and said her government “would be willing to do anything that is helpful for … peace and stability”.

A meeting with the mainland leader could take place “without any political precondition and on an equal footing”, she said, adding: Under those principles, “I believe no Taiwanese leader would refuse”.

On April 28, 2018, Tsai told reporters that she hoped the summit between South Korean President Moon Jae-in and the North’s leader Kim Jong-un would be a step towards greater regional stability.

Commenting on the Koreas summit, the foreign ministry in Taipei said Taiwan “is willing to actively contribute to and work with the international community to promote the realisation of peace, stability and prosperity in the region”.

Tsai’s Beijing-friendly predecessor Ma Ying-jeou oversaw an unprecedented thaw in China-Taiwan relations during his 2008-16 presidency, which culminated with a historic 2015 meeting with Xi in Singapore.

Ma’s government acknowledged the so-called “1992 consensus” that there is only “one China” without specifying whether Beijing or Taipei is its rightful representative. The communist regime in Beijing has repeatedly urged President Tsai to adopt the same position.

Beijing has recently stepped up pressure on Tsa's government with a string of air and naval exercises around the island, including live-fire drills in the Taiwan Strait last week.

It has also used its clout to isolate the island, luring away its diplomatic allies and blocking it from attending major international events. Officials in Beijing said the drills were conducted to safeguard China’s territorial sovereignty and warned that they would take further action if Taiwan’s “(pro) independence forces continue to wantonly take rash actions”.