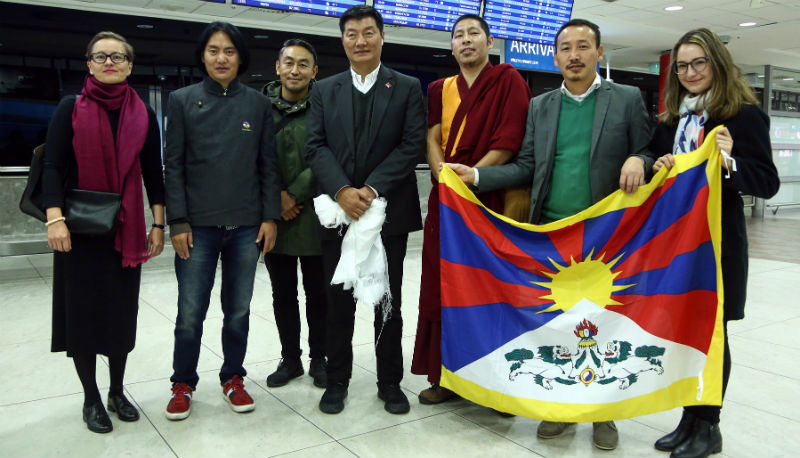 He told the story of how China paid Tibetans silver coins for helping built roads from China to Tibet, and the Tibetans accepted and praise China as parents for showering with silver coins.

Later, China had set up a Silver coin factory in Chengdu, a place near to Tibet, where they manufactured silver coins knowing fully that it would be coming back to them. Once the road was built, they brought tanks and militaries to Tibet, and when they captured Tibet, they took back their silver coins from Tibetan people. It is said that some aristocrats had to trade tons of silver for their freedom.

President Dr Lobsang Sangay further alerted the gathering and said that the situation faced by Tibet is likely to happen to Europe with China setting up one belt one road policy.

“Support for Tibet means support for non-violence, dialogue, freedom, human rights, and democracy. The world, which is beset by violent conflicts, is looking for models to follow and Tibet’s non-violent, peaceful dialogue is that ideal model against the violent, militancy and terrorist model. If you don’t support the Tibet model, it means you support the violent model of conflict resolution.” stated the President.

Dr Sangay then testified the reports of Freedom house which says Tibet is the least free region after Syria. Whereas Reporters beyond border reported that it is more difficult to access to Tibet than North Korea.

President Dr Lobsang reaffirmed his commitment and declared that despite all the pressure the Chinese government exerts on him, he has and will show up on such platforms and speak for Tibet to ensure that the truth and justice, democracy, and human rights prevail in Tibet.

Concluding his speech, President thanked those who came to listen to his talk, stating that their presence will send a message of hope and encouragement to Tibetans suffering repression under the Chinese rule.

Later in the evening, President attended the Forum 2000 Conference opening ceremony and Reception.

President Dr Sangay is to speak in Forum 2000 on 8 October on the key topic ‘The Global Challenge of China‘.

Following which, President participated in the panel discussion on the topic ‘China Beyond its Borders: From Tibetans to the Belt and Road’ Source: President Communication Office.