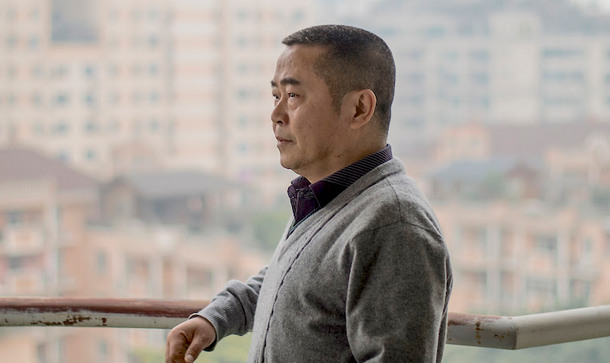 Huang Qi, a Chinese journalist and human rights activist who is very ill and could die in detention. Photo: Fred Dufour/AFP

Paris — Reporters Without Borders (RSF) and a coalition of human rights NGOs released a joint letter demanding the the immediate release of Huang Qi, a Chinese journalist and human rights activist who is very ill and could die in detention.

Recipient of the RSF Press Freedom Prize in 2004 and founder of 64 Tianwang, a news website that was awarded the RSF Prize in 2016, Huang Qi has been held without trial for the past two years in Mianyang prison, in Sichuan province, on a charge divulging state secrets internationally. His health has declined to the point that his family fear for his survival.

Ever since his arrest, Huang has been subjected to violence and denial of medical treatment in an attempt to force him to plead guilty. This mistreatment is all the more serious because he has serious kidney, heart and liver conditions that are the result of a total of eight years spent in prisons and work camps in the past.

If the Chinese authorities do not release him at once, he could suffer the same fate as Liu Xiaobo, a Nobel peace laureate and recipient of the RSF Press Freedom Prize, and Yang Tongyan, a dissident blogger, who both died in 2017 from cancers that were left untreated while they were detained.

China is one of the world’s biggest jailers of professional and non-professional journalists with more than 60 currently detained. It has been near the bottom of RSF's World Press Freedom Index for years and is currently ranked 176th out of 180 countries.