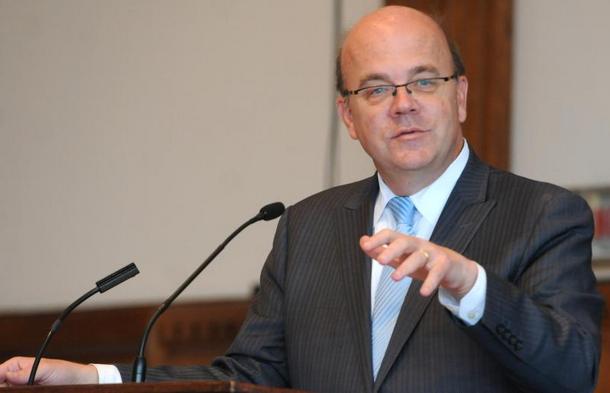 US Congressman Jim McGovern, Democrat from Massachusetts, Co-Chair of the bipartisan Tom Lantos Human Rights Commission and Chairman of the Congressional-Executive Commission on China. Photo: File

US Congressman Jim McGovern, Democrat from Massachusetts, Co-Chair of the bipartisan Tom Lantos Human Rights Commission and Chairman of the Congressional-Executive Commission on China, issued the following statement in recognition of the 30th birthday of Gedhun Choekyi Nyima, the 11th Panchen Lama of Tibetan Buddhism:

“Gedhun Choekyi Nyima was recognized by His Holiness the Dalai Lama as the 11th Panchen Lama at the age of six on May 15, 1995. Two days later, the Chinese government forcibly disappeared him and his family – and then oversaw the selection of its own Panchen Lama. The real Panchen Lama has not been heard from since his disappearance that day, nearly twenty-four years ago. He will mark his 30th birthday as one of the world’s longest held prisoners of conscience.

“The enforced disappearance of the 11th Panchen Lama is an egregious example of the Chinese government’s violation of the religious freedom of Tibetan Buddhists, who have the right to choose their own religious leaders without government interference. And the government’s designation of an alternative Panchen Lama merely victimized another young person as a consequence of its policies to undermine and control the Tibetan people.

“In honor of his birthday, I again call on the Chinese government to free the true Panchen Lama immediately and without conditions and to uphold its international obligation to respect the religious freedom of all persons.”

The bipartisan Tom Lantos Human Rights Commission (TLHRC), composed of members of the U.S. House of Representatives, promotes, defends and advocates for international human rights, as enshrined in the Universal Declaration of Human Rights. The Commission coordinates the Defending Freedoms Project (DFP) which recognizes the Panchen Lama as a prisoner of conscience and through which Congressman McGovern serves as the Panchen Lama’s congressional advocate.

The Congressional-Executive Commission on China (CECC) is a bipartisan, bicameral commission that monitors China’s compliance with international human rights standards and the development of the rule of law in China. The CECC also maintains a database of Chinese political prisoners.