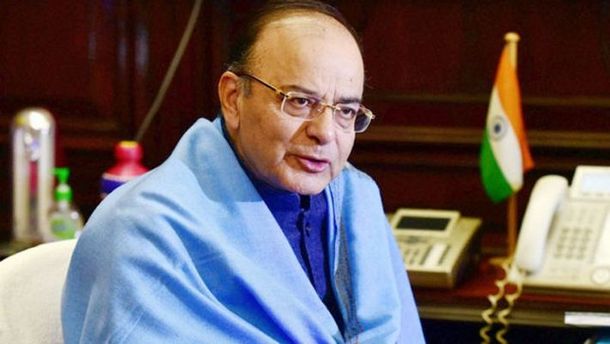 Dharamshala, India — Remembered his support and sympathy for the people of Tibet, the leaders of Tibet, including His Holiness the Dalai Lama, President of the Tibetan government in-Exile and Speaker of the Tibetan Parliament in-Exile have sent their condolences over the demise of Arun Jaitley, the former finance and defence Minister of India. He was 66.

The former Minister Arun Jaitley passed away on Saturday, August 24 at the All India Institute of Medical Sciences in New Delhi, after a period of prolonged illness. In a brief statement, the hospital said Jaitley died at 12.07 pm. The BJP leader, who was brought in to the hospital on August 9, following complaints of breathlessness, restlessness and palpitations and he was on life support and was being monitored by a multidisciplinary team of doctors. on Sunday condoled the demise of former Finance Minister and BJP stalwart Arun Jaitley who passed away following a prolonged illness at AIIMS, New Delhi.

According to the office of His Holiness the 14th Dalai Lama, the spiritual leader of Tibet Sunday wrote in a condolence message to Mrs Sangeeta Jaitley, wife of Arun Jaitley, praising the former Indian finance minister as "a distinguished attorney and public servant."

“Mr Jaitley dedicated himself to the service of the Indian people. I applaud his sense of public service. At this sad and difficult time, please know that you and your family are in my thoughts,” His Holiness said.

The President Dr Lobsang Sangay on Monday condoled the demise of India's former finance and defence minister and BJP stalwart, Arun Jaitley, describing him a “devoted, inspirational leader with integrity and wisdom”.

“I am deeply saddened to learn of the untimely demise of your husband, Sri Arun Jaitley Ji. On behalf of the Central Tibetan Administration and the Tibetan people, I offer our deepest condolences to you and your family,” the President wrote, extending his heartfelt condolences to the family and loved ones of the veteran leader.

“I had the privilege of meeting him back in 2011 during which he expressed his respect for His Holiness the Dalai Lama and sympathy for Tibetan people. A devoted, inspirational leader with integrity and wisdom, Sri Arun Ji’s legacy will leave on and continue to be an inspiration,” the Tibetan President added, saying, “Our thoughts and prayers are with you and your family in this time of grief”.

Speaker Pema Jungney also offered his condolence on behalf of Tibetan Parliament-in-Exile and Tibetans worldwide over the demise of the former Indian Minister. In the condolence letter, Speaker expressed deep sadness and offered condolences to wife Smt. Sangeeta Jaitley and family members.

Speaker wrote, “His service for the people and Government of India during his leadership as the Parliamentarian, Union Minister, Defence Minister, and Finance Minister is impeccable. He was an excellent administrator, orator, and an outstanding leader."

"His service for the nation will be long remembered,” the Tibetan Speaker said, adding: “We are with you in this hour of grief and pray for the departed soul.”

Condolences messages from Indian leaders and people from have started to pour in to pay respect to the former minister.

Prime Minister of India, Narendra Modi said that he has lost a true friend. "Full of life, blessed with wit, a great sense of humour and charisma, Arun Jaitley Ji was admired by people across all sections of society. He was multi-faceted, having impeccable knowledge about India’s Constitution, history, public policy, governance and administration."

Opposition leaders including Congress President also paid their condolence. Congress President Smt. Gandhi has expressed deep pain and distress at the untimely passing away of Shri Arun Jaitley. Condoling his death, she said that Shri Jaitley had a long innings as a public figure, Parliamentarian and Minister and his contributions to public life will forever be remembered."

Senior Congress leader Kapil Sibal also paid their condolence, "Very sorry to learn that Arun Jaitley is no more. An old friend and a dear colleague will be remembered for his seminal contributions to the polity and as FM of India. As Leader of Opposition, he was without a match. He always stood steadfastly for his friends and for his party."

Envoys of several countries also condoled the passing away of the former Union minister and described him as a statesman.

"On behalf of France, I offer our heartfelt condolences to the family and loved ones of Shri Arun Jaitley. As the nation mourns its former FM & one of Rajya Sabha's most prominent voices, France stands with India and its people in this time of deep grief," French envoy in India Alexandre Ziegler said in a tweet.

US Ambassador to India Ken Juster said it is with much sadness that "we have learned of the passing of Arun Jaitley. He was a great statesman and a strong proponent of the U.S.-India relationship. May he rest in peace," he wrote on Twitter.

The US Embassy in New Delhi put out a statement condoling Jaitley's demise, saying it grieves with the people of India on the loss of the former Union minister. "Jaitley will be remembered for his long and distinguished service to India," the US mission said.

The European Union's envoy in India Tomasz Kozlowski said: "Deeply saddened to learn of the passing of Arun Jaitley. My deepest condolences to his family, the people and the government of India. The country has lost one of its most respected leaders and statesmen."

German Ambassador to India Walter J Lindner said, "Very saddened to hear about the demise of former Union Finance Minister Arun Jaitley; he was a great leader and an exponent of Indo-German relations. Our condolences to his family and loved ones."

Former Union Minister and senior BJP leader, Arun Jaitley was cremated on August 25 at the Nigambodh Ghat with state honours in the presence of political leaders and supporters where thousands paid tribute to him.