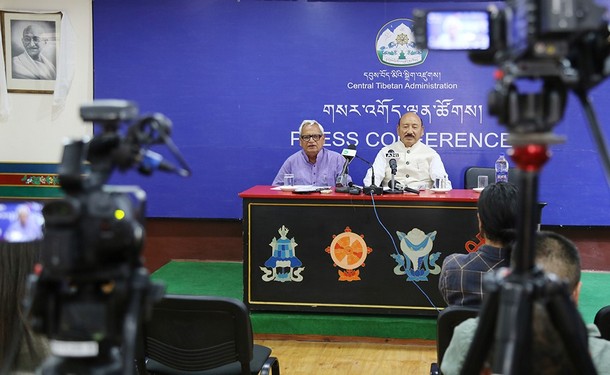 New Delhi — The Core Group for Tibetan Cause– India, known as the Apex body of all the Indian Tibet Support Groups in India Thursday strongly urged Indian Prime Minister Narendra Modi to take up the issue of Tibet with Chinese President Xi Jinping during the informal summit at Mamallapuram near Chennai on 11 and 12 October this year.

The National Convener of Core Group for Tibetan Cause, RK Khrimey said the unresolved question of Tibet is a matter of great concern not only to the Tibetans in their homeland and in exile but also to India and rest of the world.

India is hosting the second informal summit between Chinese President Xi Jinping and Indian Prime Minister Narendra Modi at Mamallapuram near Chennai from 11th to 12“ October 2019 to discuss upon overarching issues of bilateral, regional and global importance.

The Core Group for Tibetan Cause – India said in a statement, "bring this to the kind attention of concerned agencies that Tibetan students who have been living and pursuing their studies in that region have been unnecessarily put on house arrest, blockading their usual movement and unwantedly questioned their motives and aspiration."

"The Constitution of India ensures us the right to protest against the injustices prevailing hitherto despite any indulgence of political and social powers. The same rights are equally applied to Tibetans as well, the Tibet support group said.

"Over 60 years of their existence in India as refugees, the successive Indian Government have never crushed their voices, protest in the street against injustices impinged upon Tibetans inside Tibet by Chinese Communist Government and imposed restrictions upon their movement, the statement further said.

"Whereas, it has been reported in the media (all forms of media) that those aforementioned incidents have been randomly carried out in that region before the happening of Second Informal Summit," added RK Khrimey.

"Towards this unwanted act of State Government, the Core Group for Tibetan Cause – India strongly condemn such illicit show of power and administrative machinery that crushes the common people’s voice against prevailing injustices," the statement reads.

The Core Group for Tibetan Cause – India also strongly urges the concerned State Government to release those Tibetan students or people immediately without any pre-conditions being levied upon them.