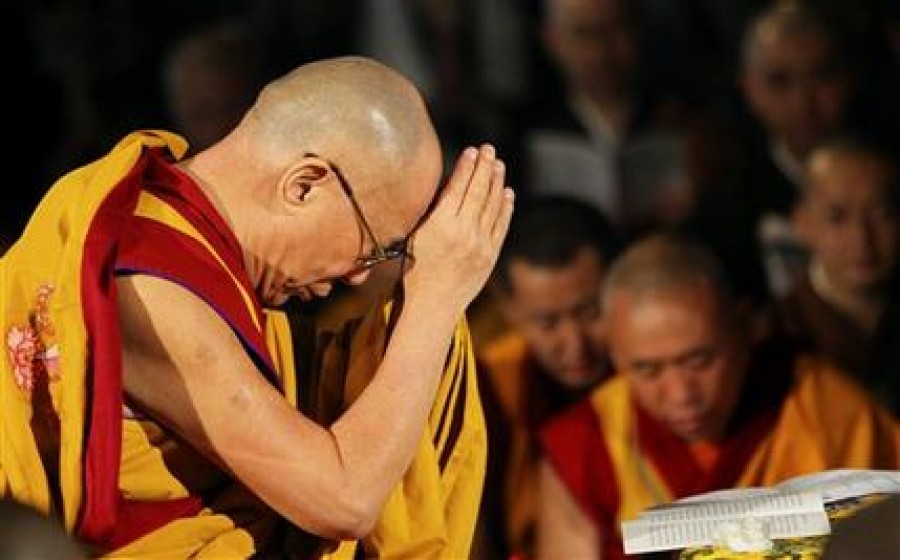 Dharamshala, India – His Holiness the Dalai Lama has advised his Chinese followers and Buddhist monasteries across China to chant the Tara mantra as it would be beneficial for effectively containing the spread of epidemics such as Coronavirus.

His comment came during a group of Chinese Buddhists and devout followers from mainland China on social media sought His Holiness’ spiritual advice on ways to contain the spread of Coronavirus, a recently discovered airborne disease which has gripped national attention as well as globally after it spread rapidly across China and to other parts of the world.

In response, His Holiness told them that chanting Tara mantra as much as possible could help contain the spread of the epidemic. His Holiness has also shared a voice clip of his esteemed self chanting the Tara mantra. Listen to the audio here. However, His Holiness’ advice is based on the Buddhist traditional beliefs and is aimed at Buddhist believers only.

Kalon Ven Karma Gelek Yuthok, Department of Religion and Culture, CTA speaking to members of the press at CTA headquarters in Dharamshala, India, on January 26, 2020, expressed his condolences for those who have died from the disease while hoping for “the Chinese people and government’s ability in controlling it soon”.

He cited the “reported link between the large scale-wildlife trade in China and the rise of the epidemic” and “the necessity to study the underlying causes of this health crisis” while wishing the Chinese speedy resolution to the crisis.

Tibet Autonomous Region on Thursday reported its first confirmed case of coronavirus, involving a person from the Chinese province of Hubei. Major religious sites including Jokhang Temple and the Potala Palace all have shut down, raised serious doubts about the decision. The bans were extended in Lhasa, the Capital of Tibet to put thousands of people effectively on local lockdowns.

Chinese authorities have shut down schools indefinitely. Despite unprecedented measures, experts can’t yet say whether these efforts will contain the infection. The decision to shut these sites has been taken as part of the nationwide efforts in China to prevent the spread of the new strain of coronavirus.

The deadly outbreak of the coronavirus has also reached other occupied territories of Tibet with three confirmed cases reported in Kardze (Ch. Garze county, Sichuan Province) and one confirmed case reported Ngaba (Ch: Aba County), in the traditional Kham Province of Tibet.

China said there are at least 9,809 people confirmed to have the infection, which has spread from Wuhan's Hubei province to every one of China's 31 provinces. Another 102,000 people were also reportedly under medical observation with possible symptoms of the respiratory ailment.

The number of confirmed coronavirus cases in China has risen over 9,800, the Chinese envoy to the United Nations in Vienna said. "Altogether there are 9,809 confirmed cases. Among them, there are 1,527 cases of critical conditions, (plus) 15,238 suspected cases," the ambassador, Wang Qun - speaking through an interpreter - told member states and reporters. He added that there had been 213 deaths.