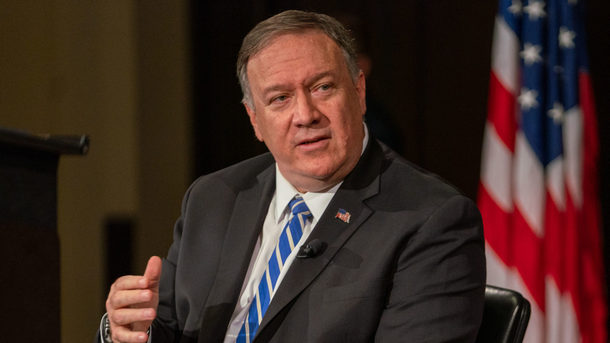 Washington, D.C. — To mark the 25th anniversary of the Panchen Lama’s disappearance, U.S. Secretary of State Mike Pompeo on Monday demanded the Chinese government to immediately make public whereabouts of the 11th Panchen Lama chosen by His Holiness the Dalai Lama, 25 years after the six-year-old was seized.

"The Department of State has made the promotion and protection of religious freedom a priority, especially in China, where people of all faiths face severe repression and discrimination," Secretary of State Pompeo said in a statement issued on May 18, 2020.

"As part of that mission, on May 17, we marked the 25th anniversary of the disappearance of the 11th Panchen Lama, Gedhun Choekyi Nyima, who has not appeared in public since the PRC government abducted him in 1995, at age six," he further said.

Pompeo further stated: "The United States remains deeply concerned about the PRC’s ongoing campaign to eliminate the religious, linguistic, and cultural identity of Tibetans, including through the ongoing destruction of communities of worship and learning, such as the Larung Gar and Yachen Gar Buddhist Institutes."

"Tibetan Buddhists, like members of all faith communities, must be able to select, educate, and venerate their religious leaders according to their traditions and without government interference.," he added.

Secretary Pompeo concluded, "We call on the PRC government to immediately make public the Panchen Lama’s whereabouts and to uphold its own constitution and international commitments to promote religious freedom for all persons."