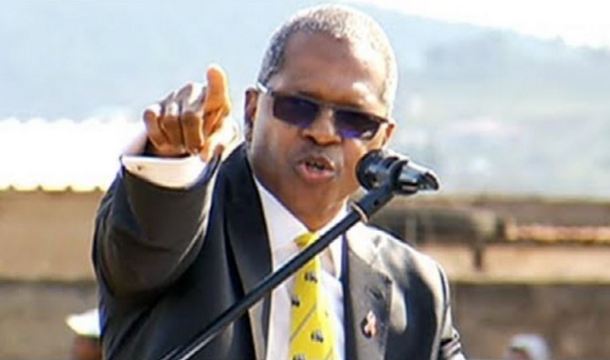 Pretoria — To mark the 25th anniversary of the disappearance of 11th Panchen Lama, the President of the Inkatha Freedom Party, a political party in South Africa said his party supports the continuous call by human rights organisations throughout the world for the release of Tibet’s Gendun Choekyi Nyima, who went missing at the age of six.

"South Africa’s experience under apartheid of activists ‘going missing’, never to be heard from again, has heightened our sensitivity to this particular atrocity against human rights," the Inkatha Freedom Party (IFP), according to the Office of Tibet, Pretoria.

MPL President VF Hlabisa of the IFP has issued a statement on the 25th anniversary of the disappearance of 11th Panchen Lama. "The IFP, therefore, supports the continuous call by human rights organisations throughout the world for the release of Tibet’s Gendun Choekyi Nyima, who was named the Panchen Lama in May 1995 by His Holiness the Dalai Lama," it states.

The statement said, "the Panchen Lama is considered to be the youngest political prisoner in the world, having been taken into so-called protective custody by China when he was just 6 years old. If he is indeed in protective custody, that should have ended when he turned 18. Yet the UN Committee on the Rights of the Child has consistently been denied access to the Panchen Lama."

"It is now 25 years since he and his family were seen. The question of his whereabouts remains unanswered. We believe that he must be released. Every person has a right to their identity, culture, security, and liberty, simply by virtue of being human," VF Hlabisa MPL added.

The statement further added, "it is well known that the IFP supports Tibet’s quest for autonomy within China in accordance with the Middle Way approach. We have openly called for China to recognise Tibet’s unique cultural identity, to adhere to international standards of human rights, to be willing to engage diplomatic negotiations, and to accept autonomy for Tibet."

"We have also spoken against China’s exploitation of Tibet’s natural resources, which is causing environmental degradation, and their attempt to assimilate Tibetans which is destroying a cultural heritage," it reads.

"The IFP believes that South Africa’s own freedom places upon us the responsibility to promote freedom for all people and all nations. The mere fact that human rights abuses continue, anywhere, in a world that embraces democracy and freedom, should concern us all," it said, adding: "once again, therefore, the IFP joins the call for the release of the Panchen Lama."