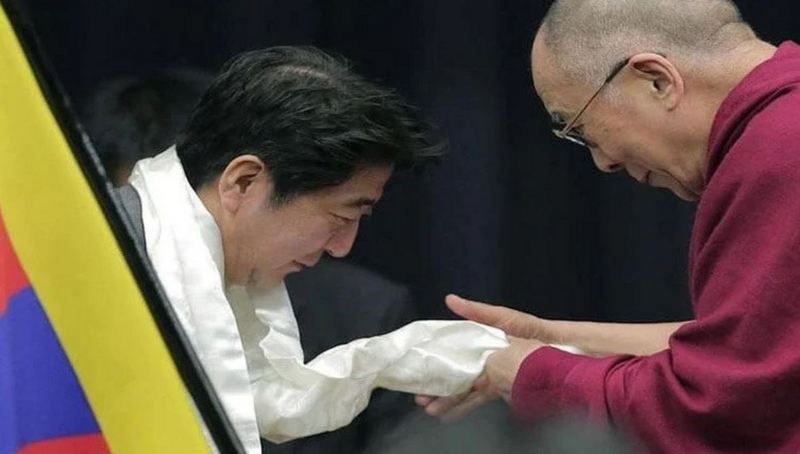 “I pray that your treatment will be successful,” he wrote, adding, “It is admirable that you have considered the greater good of the country and decided to step down from the position of Prime Minister in order to receive medical attention.

“I have great respect for your leadership and dedication to the service of others,” said the 85-year old Nobel Peace Laureate. His Holiness concluded that as the longest-serving Prime Minister of Japan, Mr Abe has contributed to making the nation respected the world over.

Together with U.S. President Donald Trump, Abe has "made the U.S.-Japan alliance, and our overall relationship, the strongest it has ever been," a senior Trump administration official said in a statement. "We look forward to working with Prime Minister Abe's successor in further strengthening our nations' ties and advancing our shared goals," the official said.

"On behalf of the people of Australia, I would like to thank" Abe "for his enduring commitment to Australia-Japan relations over his long and successful career," Prime Minister of Australia Scott Morrison said in a statement.

"Shinzo Abe is a true friend. He is Australia's true friend. Japan is one of Australia's closest partners, propelled by Prime Minister Abe's personal leadership and vision, including elevating the relationship to new heights under our Special Strategic Partnership."

Prime Minister of India Narendra Modi, addressing Abe directly in a tweet, said he was "pained to hear about your ill health, my dear friend. In recent years, with your wise leadership and personal commitment, the India-Japan partnership has become deeper and stronger than ever before. I wish and pray for your speedy recovery."

British Prime Minister Boris Johnson wished Abe "good health." "Shinzo Abe has achieved great things" for both Japan and the world, Johnson said on Twitter. "Under his stewardship, the UK-Japan relationship has gone from strength to strength in trade, defense, and our cultural links."

Thai Foreign Minister Don Pramudwinai told reporters that Prime Minister Prayut Chan-o-cha expressed concern about Abe's health and wished him a quick recovery. The foreign minister said the coming leadership change in Tokyo would not shake Thailand's confidence in Japan as it has a stable political system.