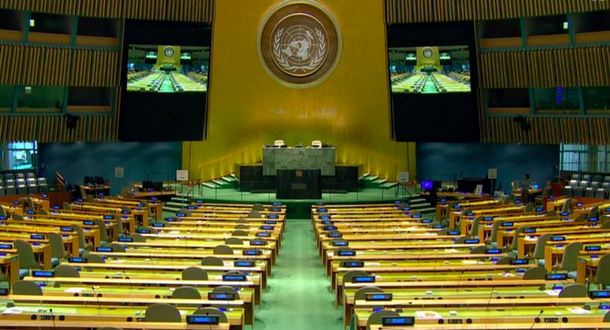 Dharamshala, India — “China’s election to the Council casts an indelible stain on the credibility of the UN Human Rights Council," states Dr Lobsang Sangay with China’s history of human rights violations on people of Tibet, East Turkestan, Southern Mongolia, Hong Kong and other regions under it.

It was a huge blow to many international citizens who placed their faith in the functions of the UN when China had been elected in its council previously. But this time a clear message is sent to China when the member states’ votes in favour of China drops drastically.

"China’s election to the Council casts an indelible stain on the credibility of the UN Human Rights Council. There is mounting evidence of China’s egregious human rights violations in Tibet, East Turkestan (Ch: Xinjiang), Hong Kong, Southern Mongolia (Ch: Inner Mongolia) and other regions under China. The human rights violations in Tibet have gone from bad to worse with reports of over half a million Tibetans subjected to forced labour camps in Tibet, states Dr Lobsang Sangay, the President of the Tibetan government-in-exile in response to the ongoing 75th General Assembly Session at the UN headquarters in New York on October 13, 2020.

"And yet China is elected to one of the most important UN bodies tasked with the protection of human rights. This undermines the integrity of the Council. However, we should also acknowledge the fact that 41 countries who had voted in favour of China in 2016 have changed their votes and this clearly shows that China’s power is on the decline. More countries should join hands towards making the world a safer place for Tibetans, Uyghurs, Hongkongers and other vulnerable communities suffering under the Chinese Communist Party regime,” the Tibetan President added.

The results of the election indicate a reduced support to China in comparison to the earlier elections. With four seats and five contenders from the Asia-Pacific region, China emerged fourth with 139 votes. The other contenders: Pakistan received 169 votes, Uzbekistan 164, Nepal 150 and Saudi Arabia just 90 votes.

The UN Human Rights Council has 47 member states elected to a term of three years. However, after two consecutive terms at the Council, a member state is not eligible for immediate re-election. The membership of the Council is distributed on equitable geographical distribution and the seats are allocated as follows: Group of African States (13); Group of Asia-Pacific States (13); Group of Eastern European States (6); Group of Latin American and the Caribbean States (8) and Group of Western European and other States (7).

Similarly, Tibet rights activists have slammed UN Members for electing China to the UN Human Rights Council in light of its ruthless crackdown on human rights which blatantly undermines the UN’s own charter. At the same time, the 30% drop in yes votes shows that the number of governments choosing not to shy away from their responsibility to hold China accountable is growing. While 139 UN Member States voted to allow China a seat on the Human Rights Council, over a quarter of the international community took a stand not to reward the Chinese government’s assault on freedoms in the secret ballot. China receives the least number of votes out of all those elected in their regional category and they also received fewer votes than any other Member States elected to the Council.

Pema Doma, Students for a Free Tibet, said: “139 UN Member states have made a mockery of the Human Rights Council. There is simply no justification as to why governments have voted for China to sit on the UN’s highest rights body. China’s appointment will only serve to further jeopardize the lives and safety of Tibetans, Uyghurs, Chinese, Hongkongers and Southern Mongolians who already live under one of the world’s most brutal regimes. But the growing international consensus that China’s brutal assault on human rights cannot, and must not, go unchallenged is reflected in the 30% decrease in votes for China since its last election in 2016.”

Gloria Montgomery of Tibet Advocacy Coalition said: “Governments missed a vital opportunity today to show their commitment to the promotion and protection of human rights, with 139 UN Member States opting to turn their backs on those suffering under China’s repressive grip. Yet, the massive reduction in votes cast in favour of Beijing represents a clear sign that the tide is turning. More and more countries are waking up to the fact that the Tibetan people deserve serious engagement from international players to ensure justice and accountability.”

Mandie McKeown, International Tibet Network, said: “China’s dire record at upholding human rights has continued to deteriorate year after year and today’s vote will only allow China to use its position to shield itself from accountability for its widespread and systematic human rights violations. Those principled States that voted against China’s election must now come forward and find solutions to hold them accountable for their serious human rights abuses.”