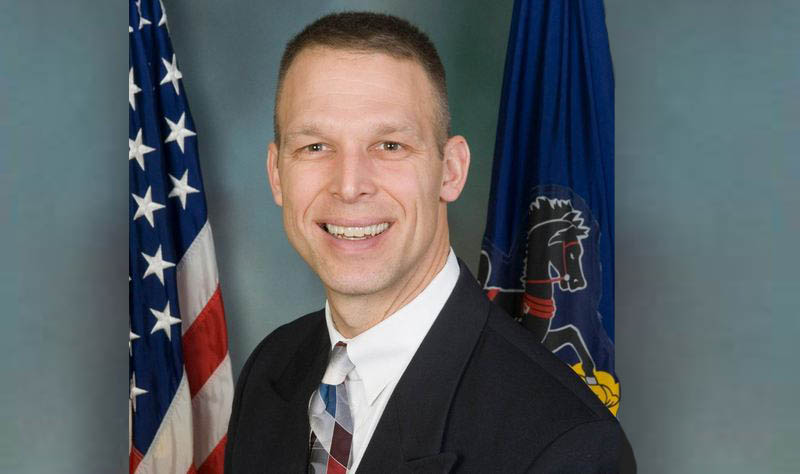 Congressman Scott Perry said Tibet was a de-facto independent country until the People's Republic of China chose to illegally occupy the country in 1951. Photo: File

“Millions of Americans across the country are grateful for your exemplary leadership - it is because of your dedication and perseverance that America has been able to prepare a way for peace around the world,” Scott Perry stated in a letter, dated December 16, 2020, has been sent to the President.

Representatives Perry strongly praised President Trump for his strong stand on the Chinese authoritarian communist regime in China. “Perhaps one of the greatest accomplishments of your first Administration has been re-orienting our National focus toward our greatest existential threat -the Chinese Communist Party. You have made it clear that the United States of America will not quietly acquiesce to their roguish behavior.”

“Indeed, we have seen the fruits of your efforts as your Administration has cemented an unmistakable stance that holds China accountable for its criminal activities. Unfortunately, some of China's worst crimes are against those they rule over, and more needs to be done to protect those who struggle under the subjugation of General Secretary Xi Jinping,” the U.S lawmaker warns that the totalitarian regime under Xi threatens freedoms not only of the people of Tibet but people all over the world.

“Some of these individuals can still remember a time where they could live in relative freedom. Tibetans residing in Tibet's original three provinces -Amdo, Kham, and U-Tsang - have lived independently or with significant autonomy for hundreds of years; Tibet was a de facto independent country until the People's Republic of China chose to illegally occupy the country in 1951,” the US lawmaker writes while speaking about issues related to the history of Tibet. “Since then, numerous pieces of legislation passed by the U.S. Congress have indicated Tibet's status as an occupied country. For the purpose of assessing possible policy options with respect to Tibetan sovereignty, it would be prudent to review some of the bills that have maintained the opinion of the Congress that Tibet is a country under illegal occupation by the People's Republic of China,” Scott Perry added.

Praising President Trump's stand on the Chinese Communist Party and extraordinary accomplishment, the letter has carefully pointed out some historical events focusing on Tibet issues, referring to the important record of the U.S Congress including few legislative Amendments from 1986 to 2003.

While there are numerous other examples of Congressional action in favor of labelling Tibet as its own country, this is not without contradiction. In other pieces of legislation, the U.S. Congress has affirmed Tibet to be part of China; former Presidents have maintained this erroneous position as well.

The letter further stated: “Ultimately, ambiguity in approach has been America's default view on Tibet. After more than 70 years of uninterrupted, illegal occupation of Tibet by the Peoples Republic of China, it is well past time to take a more definitive stance. We either concede that we are not willing to challenge the CCP's grotesque violation of basic international norms -and give up all pretense to that end -or else we can proceed with the logical conclusion of Congress' historical support of Tibet: after many decades, the Tibetan people deserve our support for a country that is still theirs. They deserve U.S. recognition of their independence.”

“Over the years. the United States has provided tens of millions of dollars in financial support to Tibetan communities in China, India, and Nepal, with the expressed purpose of defending a people whose primary objective is to secure the liberation of their home,” Scott Perry said, recalling the United States' long history of support to the people of Tibet.

“Despite our past efforts, the Beijing government has commonly looked with great disdain upon Tibet and is now subjecting the Tibetan people to forced labor - the latest part of the CCP's campaign to Sinicize any citizen who is not Han Chinese. In light of this shameful and debased activity, we must reinforce the integrity of our commitment to liberty,” the U.S Congressman added.

“Mr President. you are perhaps the last, best hope that the Tibetan people have for independence. The American People believe in your dedication to the cause of freedom and the advent of peace in our world. I hope that, in the face of the enormous evil being perpetuated by the Chinese Communist Party,” he concluded the letter by reiterating his appeal to President Trump to protect fundamental freedoms for the people of Tibet, saying “you use the exalted position of the U.S. presidency to secure a brighter, independent future for millions of Tibetans”.

U.S House of Representatives Perry also introduced a bill in the House in May this year that aimed to "authorize the president to recognize the Tibet Autonomous Region of the People’s Republic of China as a separate, independent country, and for other purposes”. The open letter based on messages of compassion, justice, and equality, as well as interpreting the true history of Tibet and Tibetan people's freedom struggle.