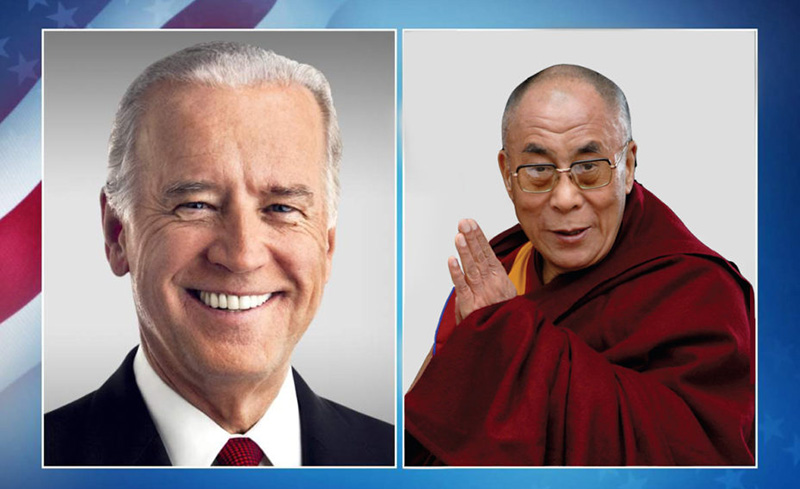 His Holiness the Dalai Lama wrote to President Biden to offer profound congratulations and expressed his happiness on the United States rejoining the Paris Climate. “As someone deeply concerned with the ecological crisis our planet faces, I am pleased that you are elevating the issue of climate change to your highest priority and that the United States is re-joining the Paris Climate Accord. Global warming is an urgent threat to the whole world and to the survival of our species,” he said.

With the prevailing crisis that the world is facing, His Holiness expressed how important the role of the United States is in helping and contributing to ensure a better tomorrow. “In these challenging times, I am confident that you will contribute to shaping a more peaceful world in which those suffering from hunger, disease and violence may find help. The need to address these issues is indeed pressing,” he reminded.

The Tibetan leaders thanked President Biden and expressed their gratitude for their long-standing support for the Tibetan people. Dr Sangay conveyed his hope that the new government under the leadership of President Biden and Vice President Kamala Harris will continue their steadfast support towards Tibet and their people. “For decades now, the US has supported the Tibet cause on various fronts, and we are always grateful to the US and its people. However, today the concern no longer remains only for the Tibetan people; instead, today the concern is for the global democracy and the universal ideals that have come under threat from authoritarian regimes such as China,” Dr Sangay expressed.

The ascension of Kamala Harris as the first woman of colour to the second-highest office in the United States is inspirational. Her becoming the highest-ranking woman in America’s history opens a way for all the young aspiring women and sets an example in modern politics and leadership. It sends out a message to everyone to keep working hard and contributing towards building their nation because dreams do come true and the journey of Vice-President Harris is an example of it.

Dr Sangay further mentioned that it was a matter of immense pride and inspiration to all the Indians by referencing her Indian heritage. “As you work towards the imminent challenges of restoring human rights, equality and climate change around the world, we hope that you will lend your pivotal voice to the just cause of Tibet and further strengthen decades-long US-Tibet ties,” the Tibetan political leader stated. For a long time, the entire world has wished for a change. Keeping everyone in his thoughts and prayers, His Holiness concluded the letter by writing, “I pray for your success in meeting the challenges that lie ahead in fulfilling the hopes and aspirations of all Americans and in contributing to a more peaceful and harmonious world.”

The American people place their trust in the new elected leaders of the United States and expect them to restore peace and harmony in their country as well as the entire world. President Biden, being well aware of the concerns and grievances of the people, said in his speech, “For without unity, there's no peace, only bitterness and fury. No progress, only exhausting outrage. No nation, only state of chaos...this is our historic moment of crisis and challenge...unity is the path forward.” To restore unity is the beginning that the world hopes for a better tomorrow.