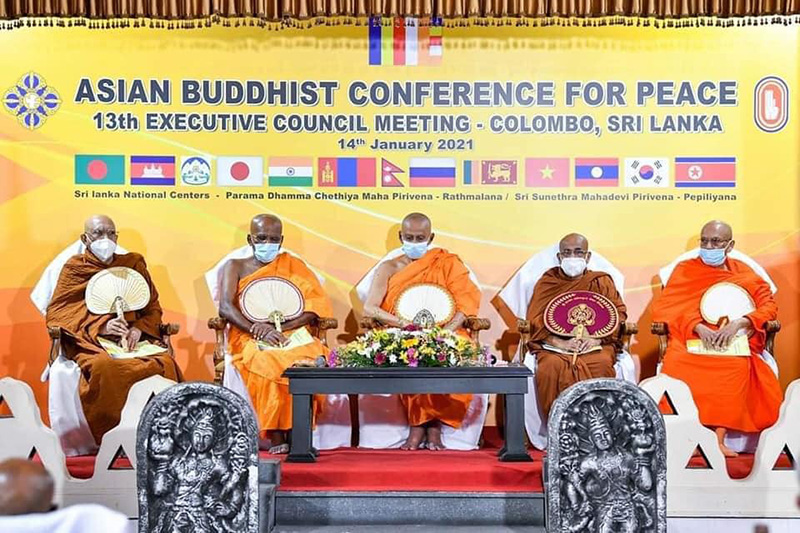 They passed a resolution for the future status of the Dalai Lama institution, stating that the incumbent Dalai Lama is the sole authority of how the next Dalai Lama should return. The meeting, which was held via webinar, provided an opportunity to the national centres to come together on one forum to discuss a number of specific issues related to the organization and implement actions directed towards strengthening global peace, raising environmental awareness, and promoting equality and unity among the Buddhists of the world.

The ABCP Executive Council reiterated its commitment and resolve to prevent all forms of extremisms which go against the teachings of Buddha and age-old cultural values, protect the historic religious sites of archaeological value, formulate a 10-year action plan to promote and sustain world peace at a regional and global levels by inculcating the essence of the noble teachings of Buddha and to protect environment and natural resources for harmonious living.

Karma Gelek Yuthok, the head of Tibetan National Centre, Department of Religion and Culture, CTA raised the issue of the Chinese government’s interference on the recognising of reincarnation of the Dalai Lama in the meeting. Members of ABCP’s executive council unanimously supported the following three points regarding the future status of the Dalai Lama institution:

(i) To continue the Institution and Reincarnation of the Dalai Lama in the future;

(ii) The incumbent XIV Dalai Lama to be the sole authority of how the next reincarnation of the Dalai Lama should return, and the Tibetan people never to recognize any Dalai Lama reincarnation candidate chosen and installed by the Chinese government; and

(iii) To employ the eight centuries old unique Tibetan traditional method in searching and recognizing the next Dalai Lama.