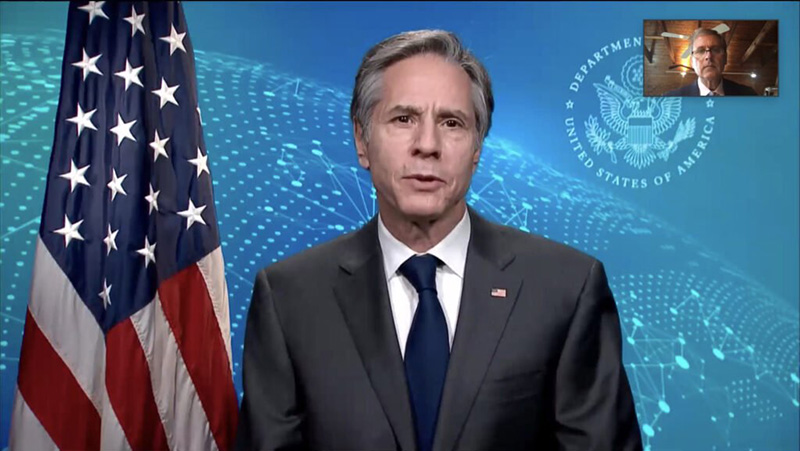 The US Department of State held a virtual celebration on February 13, 2021on the occasion of Losar, which was attended by Representative Ngodup Tsering and moderated by Bureau of Democracy, Human Rights and Labor (DRL) A/PDAS Scott Busby.

“The Biden Administration is committed to preserving, protecting, and honouring this linguistic and cultural heritage…your traditions continue to symbolize love, compassion, justice, forgiveness, tolerance, and peace,” said Secretary of state Antony Bliken in his pre-recorded greetings for Losar, while mentioning the new administration’s complete and unfettered support for the Tibetans.

Subsequent to broadcasting a video showcasing Tibetan-Americans, Representative Tsering gave a speech thanking the US Government for their enduring support for the Tibetan people, through special events like these and highlighted the many recent achievements with the US-Tibet policy, such as the passage of the Tibetan Policy and Support Act of 2020. On a gloomy note, Representative Tsering expressed huge concerns on the ongoing repression of Tibetans by the Chinese Communist Party. “The people of Xinjiang, Hongkong, and Southern Mongolia have joined the pack of victims. CCP also threatens India and Taiwan clearly proving that it is a threat to world freedom and democracy,” he expressed.

In the end, Representative Tsering congratulated the Tibetan-Americans who took upon the responsibility on themselves during the pandemic by serving as essential workers, helping community members with food deliveries and face mask production and donating to COVID-19 related NGOs. The speech concluded with a prayer for His Holiness’ the Dalai Lama’s long life and for America.