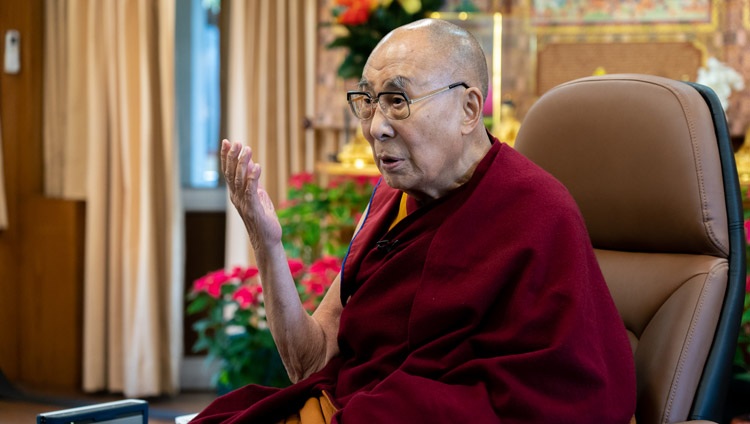 Dharamshala, India — His Holiness the Dalai Lama, the spiritual leader of Tibet, congratulated Olaf Scholz on his swearing-in as the new Chancellor of Germany. He also wished the new Chancellor every success in meeting the challenges that lie ahead in fulfilling the hopes and aspirations of the people of Germany.

“I am sure that with your understanding and pragmatism Germany will continue to develop economically and play a leading role in upholding freedom, the rule of law, democracy and respect for human rights across the world. Germany’s contribution to the strength and stability of the European Union remains a beacon of hope and inspiration to the wider world,” His Holiness the Dalai Lama wrote.

“Over the last four decades, I have been able to visit Germany many times and have been deeply touched by the openness and warmth of people from all walks of life. I have also been encouraged by their enthusiastic interest in my efforts to promote a sense of the oneness of humanity and inter-religious harmony,” the spiritual of leader said.

“May I take this opportunity to express my deep gratitude to the people of Germany for their friendly concern for the situation of the Tibetan people. Your predecessor, Chancellor Angela Merkel, took a personal interest and I appreciated her goodwill,” the spiritual of leader of Tibet said.

His Holiness the Dalai Lama concluded by wishing the new Chancellor every success in meeting the challenges that lie ahead in fulfilling the hopes and aspirations of the people of Germany.