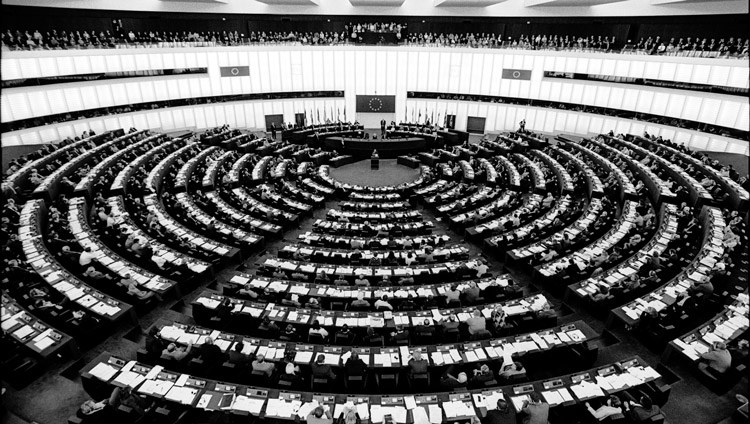 The European Parliament (EP) in Brussel, is one of three legislative branches of the European Union and one of its seven institutions. Photo courtesy Manuel Bauer

Dharamshala, India — “I believe that women are more empathetic than men in providing genuine concern for the well-being of others. Therefore, women can be better placed to lead the world to a more peaceful level,” said His Holiness the Dalai Lama while congratulating Roberta Metsola on her election as President of the European Parliament.

On January 20, 2022, His Holiness the Dalai Lama wrote to Roberta Metsola to congratulate her on her election as President of the European Parliament. His Holiness recalled his past visits to the Parliament and expressed his gratitude for the hospitality and support he and the Tibetan people have received.

Acknowledging her appointment as the youngest ever president of the European Parliament and its third female president, he said, "If I may say so, I believe that women are more empathetic than men in providing genuine concern for the well-being of others. Therefore, women can be better placed to lead the world to a more peaceful level."

In his praise of the European Union, His Holiness said it is "an inspiring example for a cooperative and peaceful co-existence among different nations and peoples, and deeply inspiring for people like myself who strongly believe in the need for better understanding, closer cooperation, and greater respect among various nations of the world."

"At this time the world is facing many challenges and is in need of leaders who have long-term vision. I remain convinced that most human conflicts can be resolved through genuine dialogue conducted with a spirit of openness and reconciliation," said the spiritual leader of Tibet.

Commenting on Tibet, His Holiness said, "In fact, it was with this spirit in 1988 that I formally proposed resolving the issue of Tibet through a mutually beneficial solution with the Chinese leadership. I had consciously chosen the European Parliament as a venue to present my thoughts then to underline the point that a genuine union can only come about voluntarily when there are satisfactory benefits to all the parties concerned."

In conclusion, His Holiness once again offered his greetings and wished her a successful tenure.