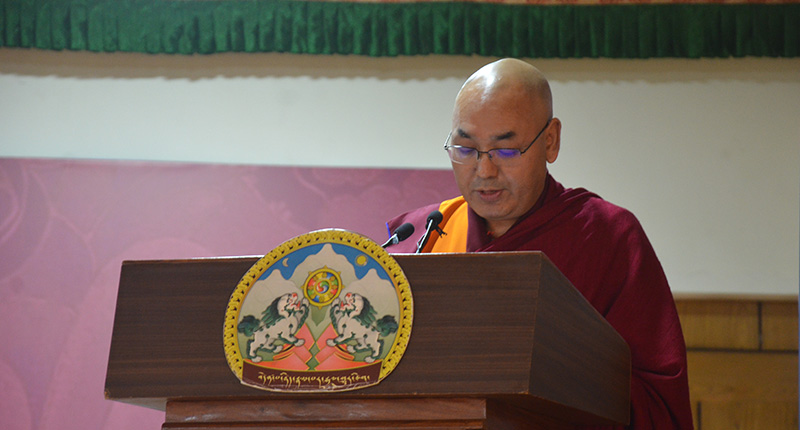 Dharamshala, India — Khenpo Sonam Tenphel, Speaker of the Tibetan Parliament-in-Exile, sent his warmest greetings to Roberta Metsola on her election as President of the European Parliament, and said “I am hopeful that under your leadership we will see robust support to end the oppression in Tibet under the atrocious rule of China.”

“His Holiness the Dalai Lama has always been an admirer of the spirit of the European Union signifying a common platform for better cooperation and understanding. The European Union’s common principles to ensure freedom, democracy, equality and to promote peace and stability is truly commendable. Our cause of Tibet is based on nonviolence. The situation inside Tibet remains grim and hence I am hopeful that under your leadership we will see robust support to end the oppression in Tibet under the atrocious rule of China,” said the Speaker.

“European Parliament has expressed its support to us by passing resolutions and acts on Tibet and we hope that you will continue your support. Tibetan language, religion, culture, and identity are at stake under the PRC. There is a cultural genocide that has been happening over decades. Tibetans are deprived of every right to their identity and existence. Tibet’s environment also remains a great concern for us as it is being destroyed through every means by China to fulfil their greed,” said Khenpo Sonam Tenphel.

“The Tibetan diaspora is expanding in the west, particularly in Europe. Europe is home to many Tibetans and we are very thankful for the support provided by the respective countries in Europe,” the Speaker said.

“With your expertise, I am confident that your tenure will be fruitful. Once again on behalf of all the Tibetans and the Tibetan Parliament-in-Exile, I wish you all the very best for the endeavour that lies ahead,” he concluded.