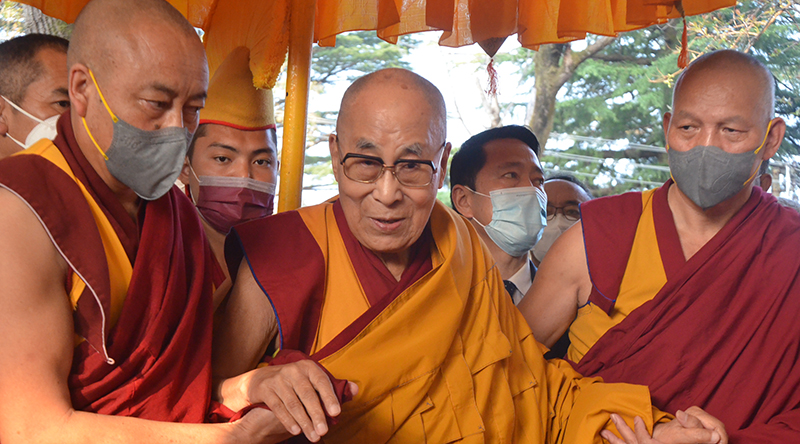 Dharamshala — His Holiness the Dalai Lama, the spiritual leader of Tibet, congratulated Anthony Albanese on his election as Prime Minister of Australia and wished him success in meeting the challenges ahead to fulfill the hopes and aspirations of the Australian people and contribute to a more harmonious world.

On May 22, 2022, after the results of the Australian general election were announced, His Holiness the Dalai Lama wrote to Prime Minister-elect Anthony Albanese to congratulate him on his party's victory.

“Beginning with my first visit to Australia in 1982, I have had the privilege to visit your beautiful country quite regularly, mostly at the invitation of educational institutions and organisations committed to peace. I have been deeply touched by the openness and warmth of people from all walks of life. I have been encouraged by the enthusiastic interest many have shown in my efforts to promote basic human values such as kindness, tolerance and forgiveness, as well as inter-religious harmony,” His Holiness the Dalai Lama said.

“We Tibetans have been honoured to enjoy the support of the Australian people and their respective leaders in our effort to preserve our Buddhist cultural heritage. Its principles of non-violence and compassion have the potential to help individuals find peace of mind and contribute to peace in the world,” he added.

His Holiness concluded his letter by wishing the Prime Minister-Elect every success in meeting the challenges that lie ahead in fulfilling the Australian people’s hopes and aspirations and in contributing to a more harmonious world.

The new Prime Minister of Australia tweeted: "I am deeply honoured to serve as Australia’s Prime Minister. As Prime Minister, I want to bring people together and lead a government that is as courageous, hard-working and caring as the Australian people."

In the 2022 election, Albanese led his party to victory against Scott Morrison's Liberal-National coalition. He was sworn in on May 23, 2022, along with four of his senior cabinet colleagues.