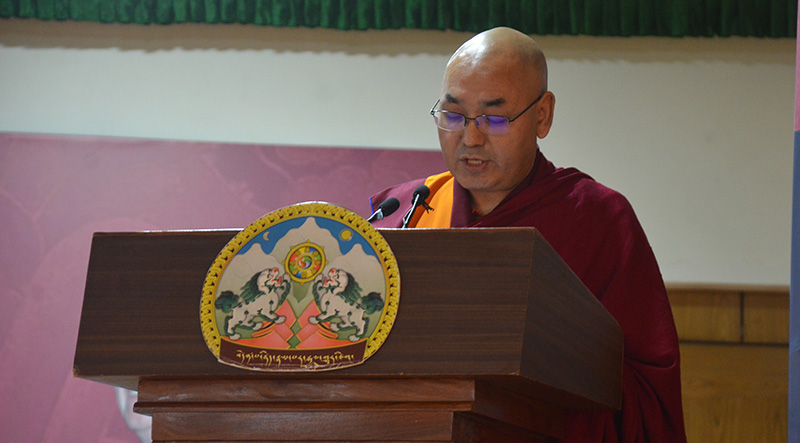 On May 23, 2022, after Anthony Albanese was sworn in as Prime Minister of Australia, Khenpo Sonam Tenphel, Speaker of the Tibetan Parliament-in-Exile, sent a congratulatory letter to him wishing him the best in his noble future endeavors to fulfill the wishes of the Australian people.

“The people and the government of Australia have consistently supported the Tibetans and non-violent struggle of Tibet, for which we Tibetans all over the world are grateful,” the Speaker wrote in the congratulatory letter.

“The situation inside Tibet remains grim and bleak despite China’s lofty claims of having liberated and developed Tibet for the past 63 years. Tibetans inside Tibet are deprived of basic human rights including the right to speech, the right to practice one’s own religion, the right to language, and so on. Since 2009, 157 Tibetans in Tibet have self-immolated in protest against China’s atrocious rule in Tibet, calling for freedom in Tibet and the return of His Holiness the 14th Dalai Lama in their last words,” he explained.

“Australia has been among the pioneer countries in supporting Tibet’s issue and helping Tibetans to protect its unique culture and identity. I hope you will continue the support under your leadership," the Speaker Somam Tenphel said.

"Your Excellency, we pray and wish you the best for your noble future endeavors towards fulfilling the aspirations of the Australian people,” the Speaker of TPiE concluded.

“On behalf of the Tibetans inside and outside Tibet, I would like to congratulate you on being re-elected as a Member of the Australian Parliament. We are delighted to learn about your win,” he wrote.

“Tibetans share the joy of your victory and we hope you will continue to support the Tibetan cause. Your victory signifies the amount of faith that the Australian people have entrusted in you and your leadership,” the Speaker added.

“I congratulate you once again on behalf of the Tibetan Parliament-in-Exile. We pray and wish you the best for your noble future endeavours towards fulfilling the aspirations of the Australian people,” he concluded.