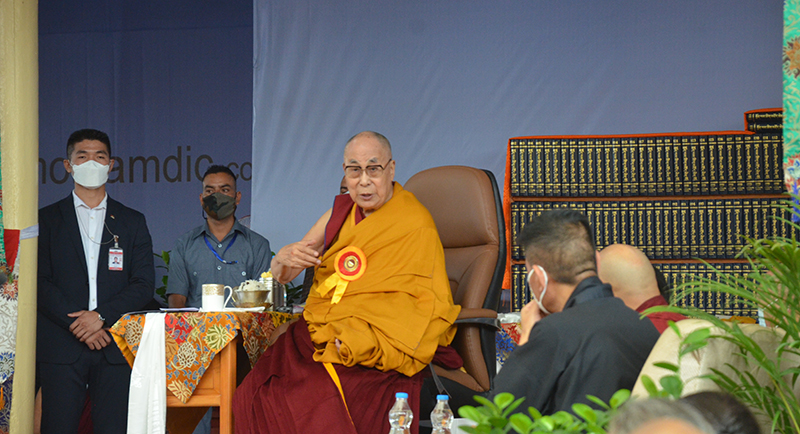 Dharamshala, India — His Holiness the Dalai Lama, the spiritual leader of Tibet, has written to Dr Himanta B Sarma, the Chief Minister of Assam, expressing his deep concern about the unprecedented rainfall and flooding in Assam, which over the last week has resulted in significant human casualties, destruction of property, and the displacement of millions of people and consequently offers support to their relief efforts.

His Holiness the Dalai Lama wrote to Dr Himanta B Sarma, the Chief Minister of Assam, "It is most unfortunate, that the monsoon rains in Assam and other parts of India seem to wreak havoc year after year. I would like to express my sadness about the hardship caused to so many people in your state due to the recent floods. I offer my deep condolences to you, to the families who have lost loved ones, and to everyone affected by the flooding.”

Assam State has been among the most severely impacted regions in India since the beginning of the current monsoon season. In addition to a significant amount of property being damaged and destroyed, many inhabitants have been relocated to relief camps around Assam. Rescue operations are being carried out since the River Brahmaputra is running above the danger threshold.

“I appreciate that the concerned agencies are doing everything they can to rescue those affected and provide them with relief. As a mark of my solidarity with the people of Assam, I am making a donation from the Gaden Phodrang Trust of the Dalai Lama to support those efforts,” His Holiness the Dalai Lama wrote on June 21, 2022.