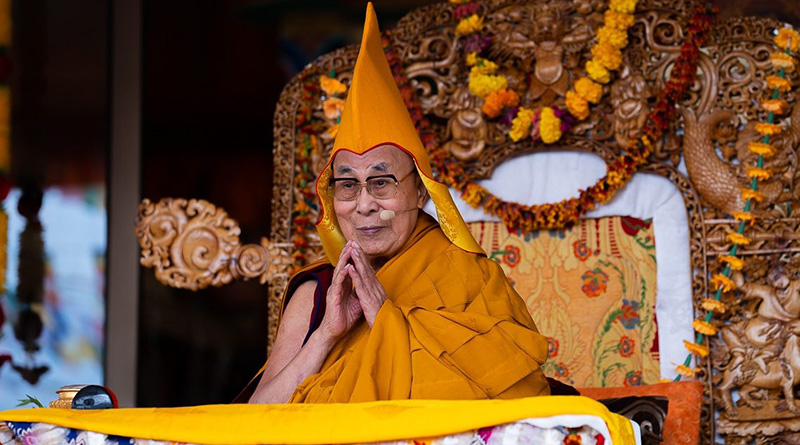 His Holiness the Dalai Lama, the spiritual leader of Tibet. Photo: OHHD/Tenzin Choejor

Ladakh, UT, India — His Holiness the Dalai Lama, the spiritual leader of Tibet congratulated Shri Jagdeep Dhankhar on his election as Vice-President of India, and said, "with your long and rich experience of public service, I am sure you will be able to serve this great nation and its people with success.”

His Holiness the Dalai Lama wrote a letter to Shri Jagdeep Dhankhar on August 8, 2022, congratulating him on his election as Vice-President of India.

“Over the years, India has taken great strides in many fields, especially in science and technology. As someone who has lived here for most of my life, I consider myself very much part of Indian society. It is auspicious that you are taking up this august position on the occasion of the 75th anniversary of India's independence," His Holiness wrote.

“India is the land of ‘ahimsa’ and ‘karuna’, ideas that can contribute much to the flourishing of humanity. Mahatma Gandhi made the principle of non-violence spread across the world, and leaders from Dr Martin Luther King to Nelson Mandela turned to ‘ahimsa’ to try to address long-standing differences and social problems. For my part, in addition to applying this principle wherever possible, I am deeply committed to trying to create greater awareness of this treasure, together with the power of compassion, among my Indian brothers and sisters and across the world," he said.

“I am proud to say that ancient India is the source of an understanding of the mind and emotions - as well as of its traditional techniques of mental training, such as meditation and yoga - that can be of benefit to all human beings, both now and in the future," the spiritual leader said.

“I believe that it is most important to incorporate the study of India's ancient knowledge into modern educational systems, purely from a secular and academic perspective. India is uniquely well-positioned to combine these two essential bodies of knowledge. I am aware that such initiatives have begun in several states, and I very much hope that they will grow across the nation," His Holiness stated.

“Today, the international community is becoming ever more aware of the leadership role that India can play in contributing to the peace and development of all humanity. With your long and rich experience of public service, I am sure you will be able to serve this great nation and its people with success,” the spiritual leader of Tibet said and concluded the letter by offering his prayers and good wishes.