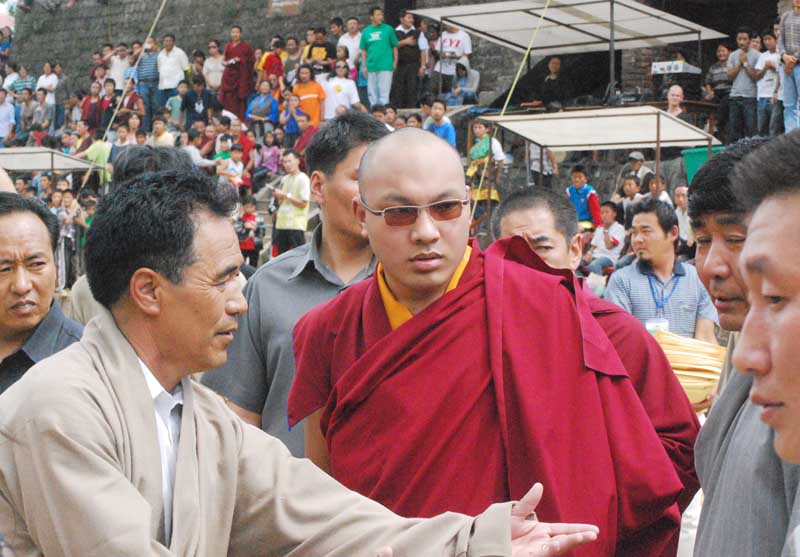 Dharamshala: Yesterday, official speeches, formalities, underscore the importance of community, huge crowds and competitive football matches demonstrate the unity within the Tibetan exile community and between India that has hosted Tibetans for 50 years.  The 10 day Gaylyum Chemo Memorial Gold Cup commenced with an expedition match between Tibetan Children’s Village (TCV); "TCV united" and Himachal Pradesh (HP) police department.   His Eminence Gyalwa Karmapa was the chief guest at the event, addressed the crowd of thousands gathered to watch the match  “now Tibetan youth are facing difficulties in life, education and in work, in this tournament they have an opportunity to be free of these obstacles; freedom from these difficulties, if even for an afternoon is healthy and productive.”


The Tibetan National Sports Association (TNSA) organized an exhibition match between H.P police department “to show our gratitude to the government and people of India as Tibet experiences 50 years in Exile” an official press release said.

Before Chinese occupation in the 1950s in Lhasa, there were frequent matches between the teams and the Chinese military.  These matches were popular events in Lhasa, the Tibetan capital city.    The first tournament was organized in 1981 in memory of the late Great Mother of His Holiness the Dalai Lama. Since then it has been known as the Gyalyum Chenmo Memorial (GCM) Gold Cup the most popular tournament in the Tibetan exile community. 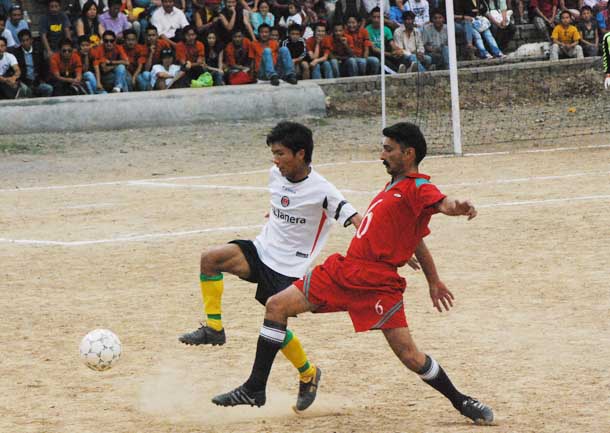 This year 275 players representing 19 football clubs from Tibetan settlements across India and Nepal will compete.   The executive secretary of Tibetan National Sport organization, Kalsang Dhondhup made the opening remarks, “through this game Tibetans from across India will come to know each other, experiencing new adventures.”

His Eminence Gyalwa Karmapa admitted that as a monk he knows little about football, but he is dedicated to his people, his religion and Tibet issue.  He said, “Lots of people have gathered here for the tournament indicating their interest and there is a strong sense of unity and cheerfulness, I do believe this football tournament is not just entertainment it has significant purpose.  Here we can see the strength of the community united behind a single interest.  The Tibet issue can not be solved by individuals, but by a united community like we can witness here this afternoon.    Every Tibetan must put priority on the Tibetan cause.”