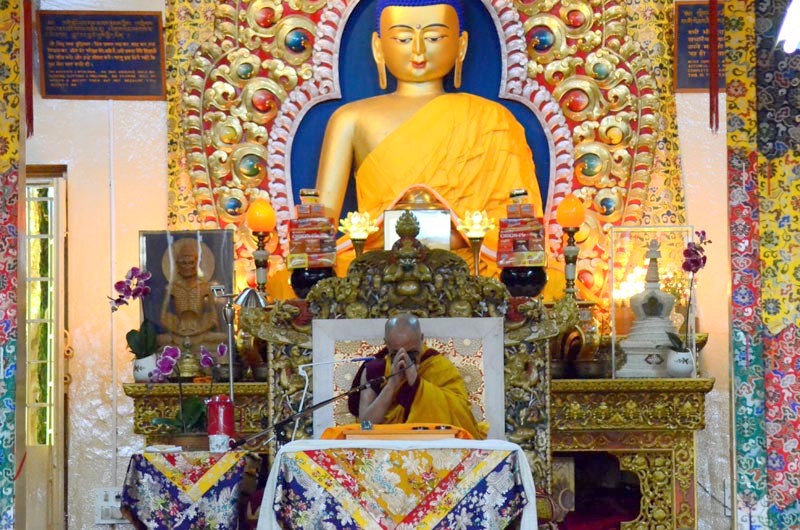 Dharamshala, India: - The Kashag (Cabinet) of the Central Tibetan Administration will organize a day-long grand prayer service at the Tsuglagkhang, the main temple, in Dharamsala on 19 October 2011, for all those Tibetans who have self-immolated and those suffering incarceration for their courage to speak up for the rights of the Tibetan people. Kalon Tripa Dr Lobsang Sangay will lead the prayer service.

On the same day, Tibetans and Tibet supporters across the world will also offer day-long prayers and fast as a gesture of solidarity with Tibetans in Tibet. Since 16 March 2011, eight Tibetans have set themselves on fire to protest continued occupation and repression of Tibet by the government of People's Republic of China. All of them call for the restoration of freedom in Tibet and the return of His Holiness the Dalai Lama to his people and homeland.

From the eight young Tibetans who self-immolated this year, the following succumbed to their injuries: On March 16, 2011, Lobsang Phuntsok (age 21), a monk of Kirti Monastery in northeastern Tibet. The second reported case, on August 15, 2011 was that of Tsewang Norbu, (age 29), a monk at Nyitso monastery in eastern Tibet. The third and the fourth cases were Khaying (age 18), and Choephel (age 19), both former monks of Kirti Monastery. They self-immolated on October 7, 2011 and died on October 8 and 11 respectively.

The Kashag and the Tibetan Parliament-in-Exile have appealed to the United Nations, freedom-loving countries and people around the world to show their support and solidarity with the Tibetan people at this critical stage.

The Kashag urges the international community to press the government of People's Republic of China to restore freedom and resolve the issue of Tibet through dialogue for the mutual benefit of the Tibetan and Chinese people. The Kashag urges the international community and the media to send fact-finding delegations to ascertain the situation on the ground inside Tibet.