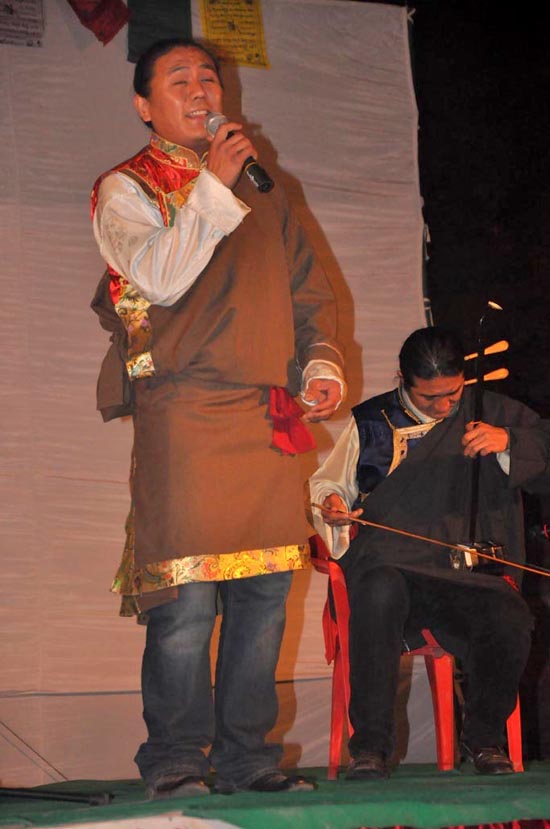 Dharamsala, India: The recent string of self-immolations inside Tibet is an open indication of the state of intolerance in the minds of citizens towards repressive Chinese policies.

In an act of open rebellion, 12 different cases of monks, nuns and former monks setting themselves on fire have taken place. All these acts of self-inflicted violence where six victims succumbed to their injuries were carried out to protest Beijing's tight control of the Tibetan plateau.

The current situations inside Tibet, especially eastern Tibet continues to be volatile and more number of locals are standing up for their rights.

The exiled Tibetans are making every effort to support their brethren trapped inside the totalitarian regime to regain their lost rights. Many an initiative has been taken up by the exiled Tibetans and Tibet supporters across the globe to gather international attention towards the state of despair inside Tibet.

The Alliance of Tibetan Musicians in honour of the Tibetan martyrs and freedom fighters are hence organizing a concert to express gratitude to the resilience of the living during the Kalachakra Festival in Bodh Gaya, India.

The concerts will be held on 31st December 2011 to 2nd January 2012 starting from 6:30 pm every day near Nyingma Gonpa Monastery. Featuring acclaimed artistes like Tsering Gyurme, Tenzin Gyalpo, Tenzin Woeser, Choedak, Techung and many more, the opening night will have an assorted audience which will include guest of honours from the exile administration, non government organization, media, pilgrims and tourists.

Having worked for years to preserve and promote Tibetan art and culture along with simultaneously striving towards regaining Tibet's lost freedom, the alliance hopes to gather heavy international attention in favour of the third pole's independence through this concert.