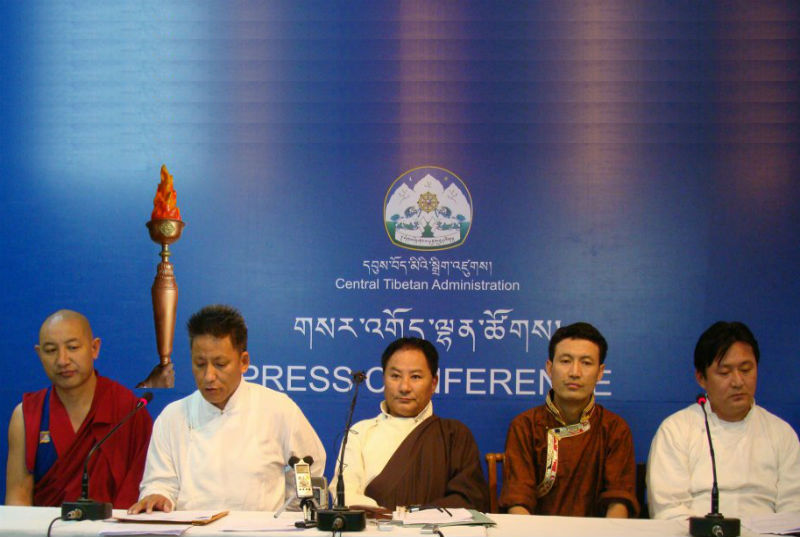 Dharamshala, June 28: The "Flame of truth" Relay, an outcome of the discussion held by the Tibetan Parliament-in-Exile on 22 March 2012, was proposed to seek the United Nation's (UN) intervention regarding the worsening human rights situation inside Tibet.

Dharamshala, June 28: The "Flame of truth" Relay, an outcome of the discussion held by the Tibetan Parliament-in-Exile on 22 March 2012, was proposed to seek the United Nation's (UN) intervention regarding the worsening human rights situation inside Tibet.

The global torch relay will begin on 6 July, the 77th birthday of His Holiness the Dalai Lama from Leh, Ladakh, (Northern India) and travel across hundreds of cities around the world. It will go on till December 10, World Human Rights Day, with the submission of appeal letters and thousands of signatures simultaneously to the UN Headquarters in New York City, UN Human Rights Council in Geneva and UN information office in New Delhi.

The Tibetan parliament on Wednesday issued a release stating that the Relay will be carried out in "solidarity with the courageous and selfless acts of our brave brothers and sisters inside Tibet and to make the world aware of their selfless acts and aspirations."

The central aim of the Relay and signature campaign is to urge the UN to discuss the Tibetan Human Rights issue based on earlier resolutions, send a fact-finding mission to investigate the ongoing situation in Tibet, and lastly for the UN to take special responsibility to ensure that the basic aspirations of the Tibetan community living within Tibet are fulfilled.

The release also stated that since China's invasion of Tibet, Beijing has never changed its hard-line policies on Tibet. This has resulted in China exploiting not only Tibet's rich natural resources but, gruesome killing, torture, imprisonment and harassment of the Tibetan people continuously. As a result of the constant torment, "Tibet today, is like hell on earth."

Referring to the ongoing wave of self-immolations within Tibet, the parliament-in-exile said that since 2008, Chinese security forces have cracked down hard on Tibetans, leading to the current situation. "As a result of this, the Tibetans have been setting themselves on fire to demand a peaceful resolution of the Tibetan issue, return of His Holiness the Dalai Lama to Tibet and to let the UN and the international community know about the Tibetan people's aspirations as well as the sorrows hidden deep within their hearts."

US Undersecretary of State, Maria Otero stated, "Clearly these self-immolations are not only desperate acts, but desperate acts born of frustration" rejecting China's notions that these are works of outcasts or troublemakers and that the Dalai Lama and the Tibetan exile groups are encouraging the fiery protests.