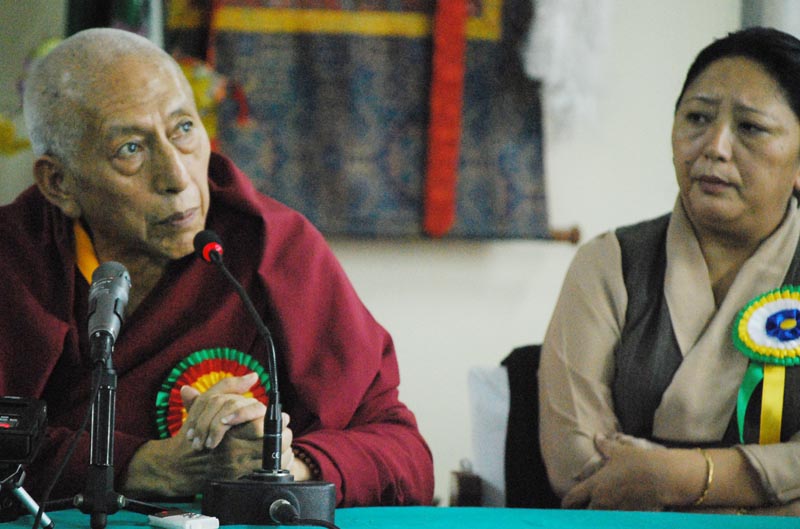 Dharamshala: Cabinet of Central Tibetan administration and Tibetan Parliament in exile have congratulated Mr George Fernandes, a long term supporter of the Tibetan people and His Holiness the Dalai Lama, on his election to the Upper House, Rajya Sabha.

79 years old Fernandes, former Indian defense minister took oath as member of the Rajya Sabha on 4 August. He was elected unopposed from Bihar state, one of largest states in India in a byelection necessitated by the resignation of the JD(U) chief Sharad Yadav on getting elected to the Lok Sabha, the Indian lower house.

"It is a sincere hope that you will continue to render the same selfless public service in the Rajya Sabha as you have done in the Lok Sabha and within the government of India. We feel that the Rajya Sabha has gained an enormous asset by your presence," Prof Samdhong Rinpoche noted.

"Your presence in the Indian Parliament continues to encourage and raise the expectation of people's world wide who believe in freedom, democracy and human rights. Our prayers and best wishes are always with you." Deputy Speaker, Dolma Gyari said in the issued letter.