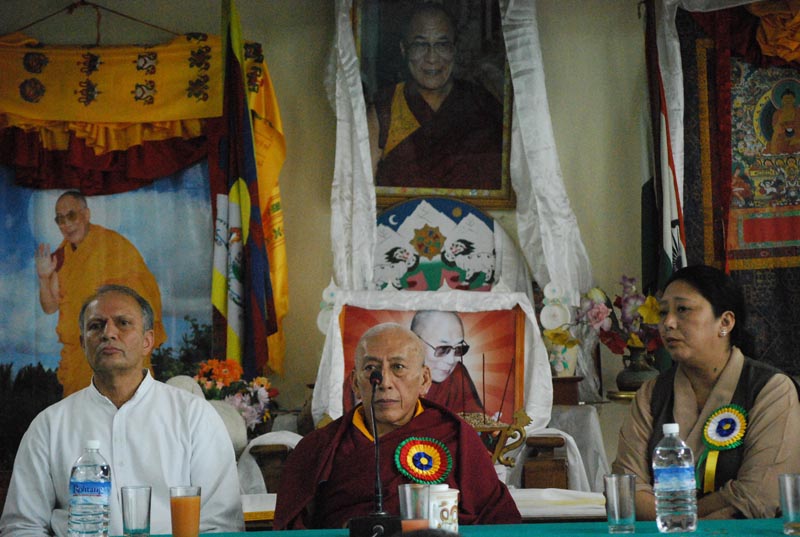 Dharamsala: The Tibetan Women’s Association organized a “Thanksgiving lunch” function on 14 August, India’s 62nd Independence Day, at the Central Tibetan Administration, in honor of the unwavering support India has demonstrated to the Tibetan people and His Holiness the Dalai Lama over the last 50 years. Around 50 Indian guests were invited, including journalists, officers and representatives from various offices and associations throughout the Kangra District. 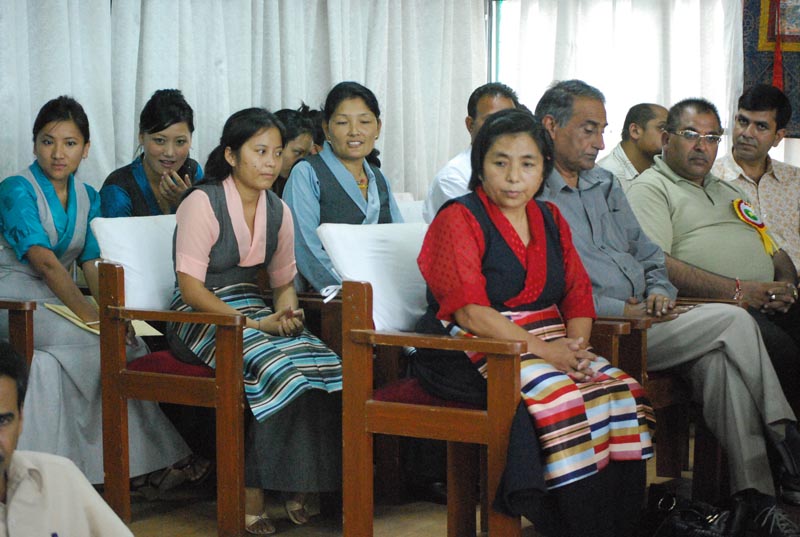 Prof Samdhong Rinpoche thanked the Indian government and its people for their genuine hospitality during the 50 years Tibetans have spent in exile. He emphasized his appreciation to the Indian communities in Dharamsala who provided an important home for Tibetan refugees. "Here, for the past 50 years, I never felt that I am not living in my home, but when I visit the US and European countries, I always feel that I am far away from home and want to return."

The prime minister also praised the great efforts of the Tibetan Women’s Association in organizing this luncheon India and acclaimed the presence of young members at the Central Tibetan Women Association.

TWA’s president, Kirti Dolkar Lhamo, explained the importance of the special events on the eve of India’s 62nd anniversary as an independent republic, and she added that her regional chapters are initiating similar events in other areas to thank the Indian community for their great support.

"Representing the aspirations of Tibetan women inside and outside of Tibet, we convey our sincere indebtedness to the government and the people of India who have entrusted us with their own country as a safe haven for peace, secure and stability. Thank you India for nurturing us and for your ingenuity in times of our adversity,__We thank India for nurturing us and for its ingenuity in times of our adversity. We also thank India for being the most humane country. We trust that this virtuous nation will always see a prolific sense of success and eminence,” the TWA issued statement expressed. 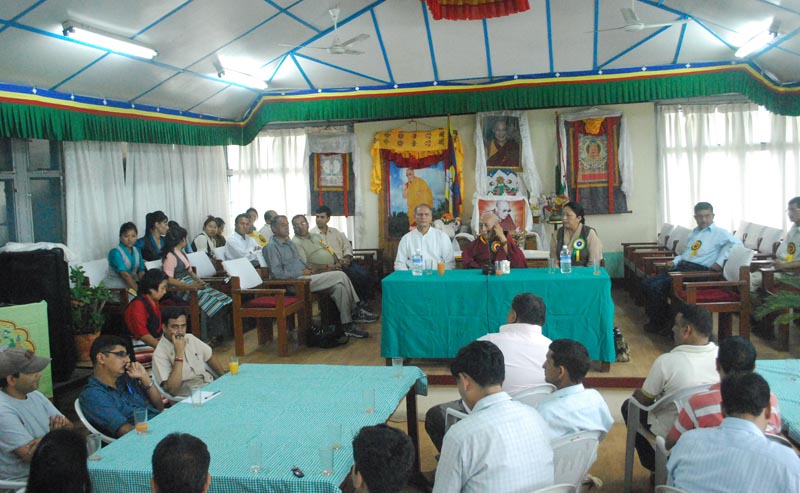 The Tibetan Women's Association (TWA) was founded on 12 March 1959 in Tibet. On this day, thousands of Tibetan women in Lhasa gathered to protest the illegal occupation of Tibet by Chinese Communist regime. Protesting peacefully in Lhasa, the Tibetan capital, thousands of these women suffered many brutalities at the hands of the armed Chinese military, including arrests, imprisonments, torture and beating without a trial.

Today, from their office in exile, the Tibetan Women’s Association works to prioritize the contributions of Tibetan women towards the preservation and promotion of Tibetans’ distinct religion, culture and identity. TWA is now the second largest NGO in the Tibetan exile community, and plays a great role in activities addressing religious and cultural issues, educational needs, social welfare, the environment, and the political participation and social empowerment of women. TWA is the second largest NGO in exile Tibetan community with more than 15,00 thousands members from 49 regional chapters abroad.