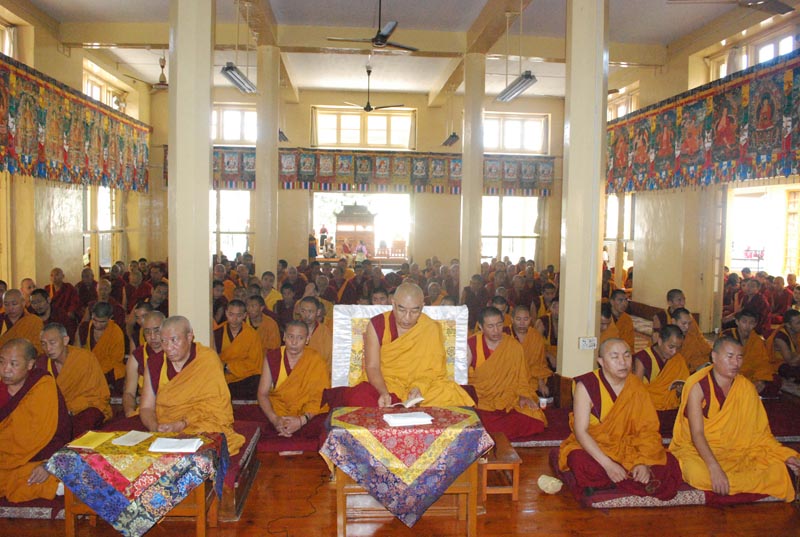 Dharamshala: On Thursday, the Religious Department of the Tibetan exile government offered special prayers for the victims of Typhoon Morakot at the main Tibetan temple in Dharamshala. The prayers were led by the abbot of the Namgyal Monastery, Thamthog Rinpoche, and Ven. Tsering Phuntsok, minister of Tibet's Department of Religion and Culture.

Ven. Tsering Phuntsok told The Tibet Post International, "As we (the Tibetans and the Taiwanese) are fellow Buddhists and share a strong faith in His Holiness the Dalai Lama, and especially because the Taiwanese have offered great help to the Tibetans, we, the Tibetan Department of Religion and Culture, have summoned the monks and nuns from the monasteries and nunneries in the hill station of Dharamsala, to offer special prayers for the victims of Typhoon Morakot. We were sad to hear from the media that almost 600 Taiwanese have lost their lives and around 400 are still missing in this natural disaster. We, the Tibetan exile government and its people, pray that all those who lost their lives in the disaster may gain an immediate heavenly position and go on to achieve permanent Buddha-hood, and we also pray for the quick recovery of the those who are injured and lying in hospitals." 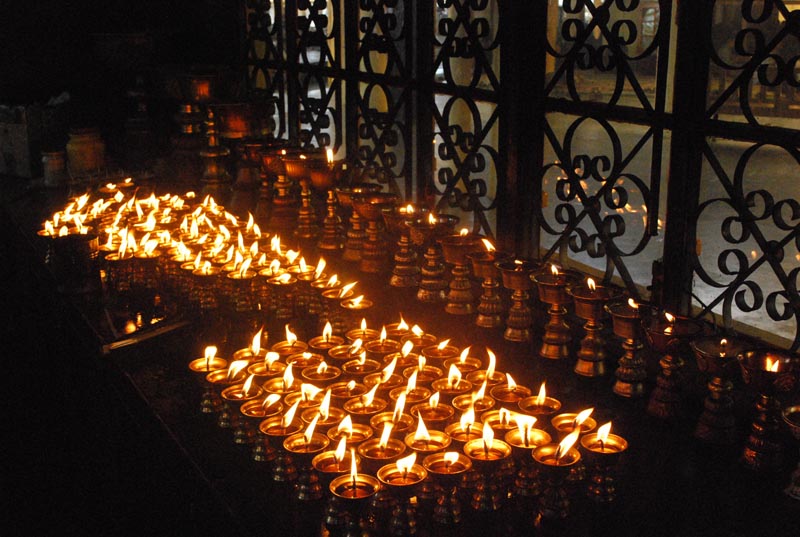 Typhoon Morakot - Taiwan's worst natural disaster in 50 years - unleashed massive landslides and flooding that have killed more than 500 people throughout the country. Taiwan's foreign ministry reported that more than 58 countries have offered aid to its relief operations.

The special prayer began at 9:30 am, with over 300 Tibetan monks, nuns, and laypersons participating. The temple this morning was also filled with thousands of butter lamps commemorating those who lost their lives.