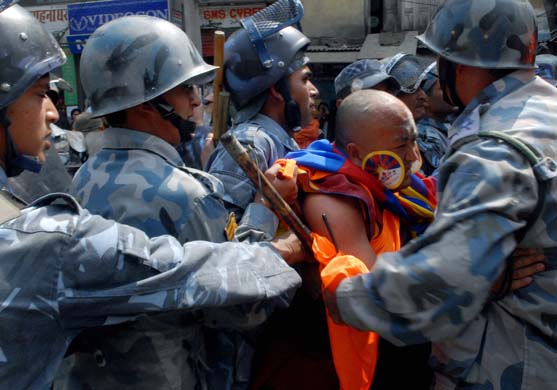 Nepal is home to one of the largest Tibetan populations in the world, hosting at least 20,000 Tibetan refugees and asylum seekers. It also serves as a transit point for hundreds of Tibetans on their journey to India-the home of His Holiness the fourteenth Dalai Lama and the seat of the Central Tibetan Administration (CTA).India is also home to more than 100,000 documented Tibetan refugees.

According to the United Nations High Commissioner for Refugees (UNHCR), the refugee agency of the United Nations, around half of the 15,000 Tibetan refugees, who arrived prior to the 1990's lack any documentation. The result is that they are unable to own property, access education or get legal employment as they lack any legal status. The UNHCR continues to advocate for the issuance of proper documentation to Tibetans, who have been staying in the country for long periods.

Under normal circumstances, most refugees who have been in the country for such a long time should have been documented and given refugee cards (RCs) by the Nepalese government. Yet, Shanker Koirala, a senior official of the Home Ministry of Nepal told Integrated Regional Information Networks (IRIN) that "no decisions had been made yet".

Sudeep Pathak, head of the Human Rights Organization of Nepal (HURON) says the "lack of RC of any form of documentation means that these people are totally stateless". According to HURON, the Nepalese government stopped issuing RC's due to pressure from the Chinese government, despite many of them having lived in Nepal for over two decades. "Without any form of identification paper, I don't know where I belong. There is no future for me in Nepal." Palden Lama, a Tibetan refugee told IRIN.

Kate Saunders, a senior official of the International Campaign for Tibet says that "there is a fundamental need for documentation – whether refugee identification or citizenship – for Tibetans in Nepal", stressing that a large number of Tibetans in Nepal are "effectively stateless, vulnerable to political exploitation, and unable to benefit from state services or travel without the threat of harassment, extortion or detention."

Currently, there are twelve Tibetan refugee camps in Nepal, mostly set up by the International Committee of the Red Cross (ICRC), with support from the government of Switzerland.