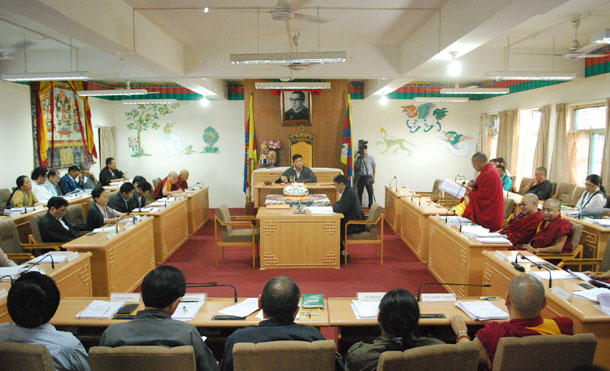 Dharamshala: The eighth session of the 14th Tibetan Parliament-in-exile opened here in Dharamshala Yesterday , where the Central Tibetan administration has been based for the past 50 years. This morning the parliamentary members have continued presentation of annual work reports by the ministers of the Central Tibetan Administration's various departments and also a work report of the standing committee of twelve parliamentary members.

Mr. Penpa Tsering, Speaker of the Tibetan Parliament-in-exile yesterday morning expressed gratitude to His Holiness the Dalai Lama for his blessings to humanity and for his continued effort in promoting the Tibetan cause. 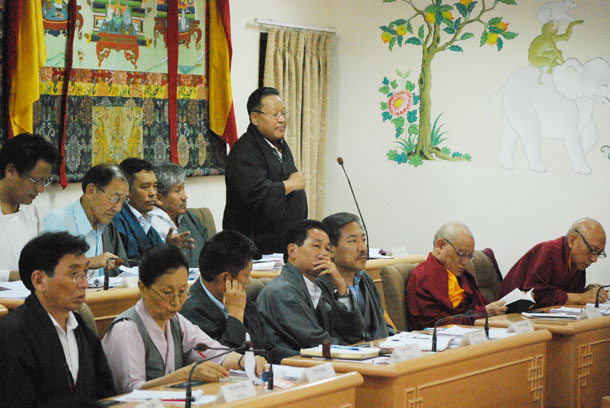 The Tibetan parliamentary members and their Speaker also paid his respects to Tibetans, who have sacrificed their lives for their nation, and those who have stood up for Tibet at each critical juncture in Tibet's history.

Penpa Tsering expressed hope that Tibetan exile parliament members' visits to various Tibetan communities in India and Nepal this year will be fruitful.

The first and second day of the 8th session discussed annual work reports presented by the various departments of the Central Tibetan Administration. Also on the agenda was a work report of the standing committee of twelve parliamentary members. The main topics to be covered in this 12 day Parliament session include the security of His Holiness the Dalai Lama, government policy, economy, education, health, settlements, and othet Tibetan issues.