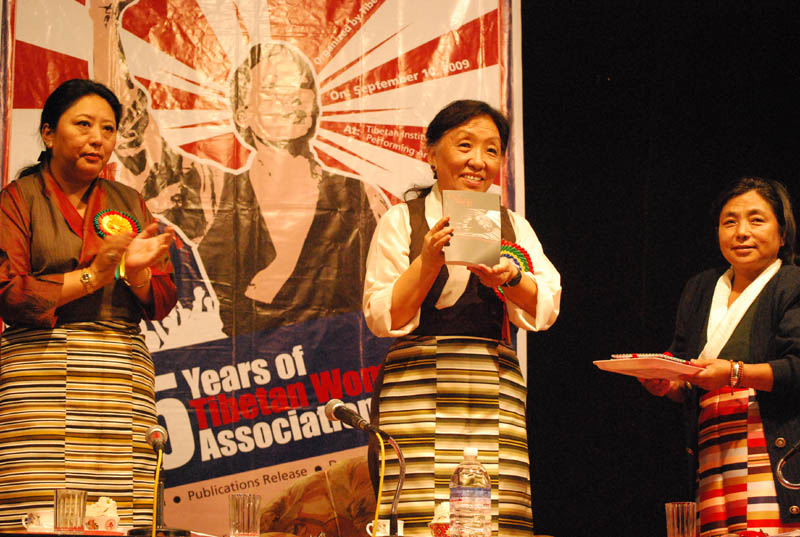 Dharamshala: Since its inception on September 10, 1984, the Tibetan Women's Association (TWA) has been actively establishing itself at the forefront of political, social, religious, and educational progress for Tibetan women-in-exile, and empowering Tibetan women by emphasizing the importance of their roles as shapers and nurturers of Tibetan society. Gaining momentum throughout its twenty-five year history, TWA currently has 49 chapters in four continents, with a total of approximately 15,000 members.

The speakers and events of this morning's anniversary celebration reflected on TWA's past achievements, and considered the organization's role in the future of the Tibetan community-in-exile. The more than 300 hundred in attendance, including representatives of various NGOs from the exile community, gathered in the main hall at the Tibetan Institute of Performing Arts (TIPA) for the event.

To kick off the celebration, attendees received TWA Joint Secretary Tenzin Dolma's welcome address over butter tea and rice. This was followed by the singing of the Tibetan and Indian national anthems, and the TWA anthem, after which TWA President Kirti Dolkar Lhamo reflected proudly on the political role the organization has taken over the years. Following her address, TWA announced the official publication launch of two texts, Tears of Silence (Tibetan and Spanish language editions) and Key to Learning for Beginners. 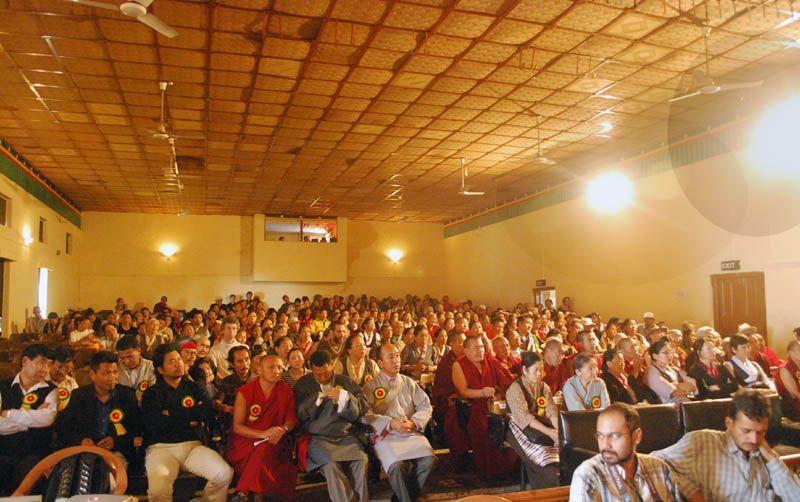 Speaking primarily to young Tibetan women-in-exile, guest-of-honor Dolma Gyari, Deputy Speaker of the Tibetan Parliament-in-Exile, highlighted three main points in her address. She insisted that Tibetan women follow His Holiness the 14th Dalai Lama's lead in working tirelessly for the cause of Tibetans, as he has done since age 16. She insisted that they not fail to recognize the Tibetan women who sacrificed their lives for Tibet, beginning with the March 12th 1959 uprising at Potala Place in Lhasa where hundreds of Tibetan women were killed or imprisoned. Gyari also emphasized that the TWA does not only represent the interests of Tibetan women-in-exile, but also those still in Tibet.

In her address, the celebration's chief guest, TWA founding President and former minister of exile Tibetan government Rinchen Khando Choegyal called attention to the often-overlooked fact that women constitute half of the population of any society; to empower women is to empower the society as a whole. Likewise, to forego women's empowerment is to forego the empowerment of the entire society. She acknowledged that without the overwhelming support of Tibetan men when it was initially forming, the TWA would not be in the position it is in today, and asked for their ongoing support in years to come.

Before closing remarks by TWA Vice President Samten Chodon, audience members were treated to screenings of two short films: "Breaking the Shackles: 50 Years of Tibetan Women's Struggles" and "Lhamo Tso: Behind the Sea". To end the celebration, everyone in attendance was invited to join in traditional Tibetan circle dancing.