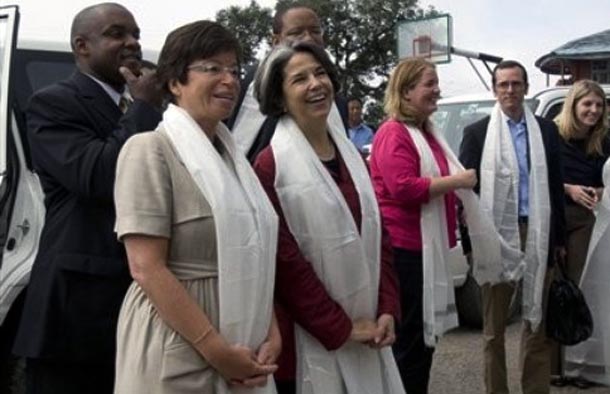 Dharamshala- On Sunday exiled Tibetans carried both Tibetan and US flags as they lined up to welcome a US official delegation led by Valerie Jarret, a senior official from US President Barack Obama's administration, met Tibetan spiritual leader His Holiness the Dalai Lama. The delegation also held talks with the Prime Minister of the Tibetan government in exile and visited various Tibetan institutions, including the Tibetan Children Village (TCV) school in Dharamshala.

María Otero, Under Secretary of State for Global Affairs and US State Department Special Coordinator for Tibetan affairs, and Michael Strautmanis, Chief of Staff to the Assistant to the President for Intergovernmental Relation, were also members of the delegation. The officials held a private hour-long talk with the Tibetan Prime Minister. There is speculation in the global community that the discussions possibly included the reopening of Tibetan-Chinese dialogue in preparation for the US delegation's meeting with His Holiness, which occured shortly after. Tibetan Prime Minister Prof. Samdhong Rinpoche and His Holiness the Dalai Lama's special envoy Lodi Gyari held closed-door talks with the delegation, AFP reported yesterday, but there are no details yet of the discussions. 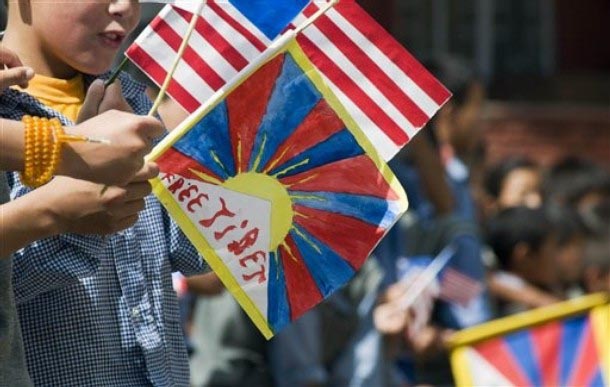 It is the highest level US delegation to travel to Dharamshala since March 2008, when US House Speaker Nancy Pelosi met His Holiness the Dalai Lama here following the mass peaceful demonstration throughout Tibet.

The Tibetan leader and Nobel laureate, who visited the United States in May, returned to Dharamshala for the meetings after a five-day tour of Slovakia and the Czech Republic, where he received the Jan Langos international award on September 9 for his promotion of human rights and his leadership in the nonviolent campaign by Tibetans seeking autonomy from China.  He is expected to visit the US next month, when His Holiness will reportedly meet with US president Barak Obama.