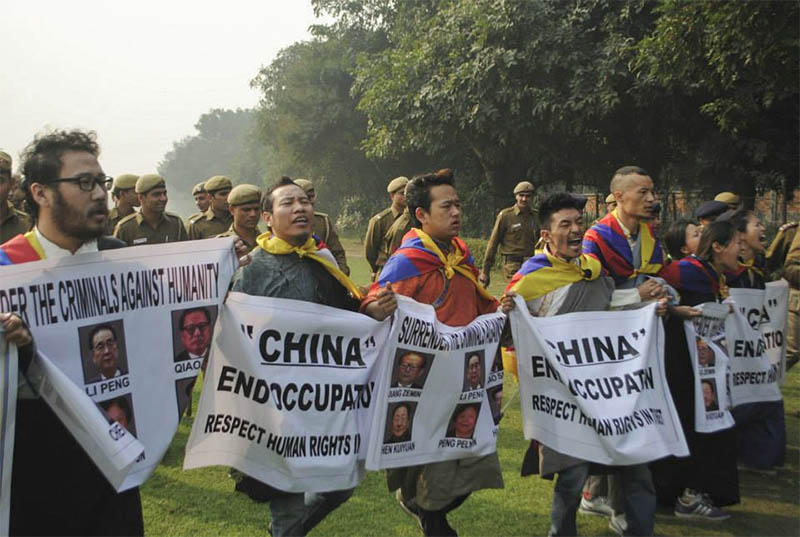 Dharamshala: - Ten Tibetan youths were arrested and later released by police in Delhi after protesting outside the Chinese Embassy on December 9.

The group voiced their position against the Chinese government's "repressive policies in Tibet and its blatant violation of human rights in Tibet" on the eve of World Human Rights Day.

The group, which was primarily composed of Tibetan students from Delhi University, shouted slogans demanding human rights for Tibetans inside Tibet.

To date, a total of 123 Tibetans have set themselves ablaze demanding freedom in Tibet and the return of the exiled spiritual Tibetan leader, His Holiness the Dalai Lama.

The group also called for the surrender of Chinese leaders recently found guilty by a Spanish court.

Speaking on behalf of the assembly, one of the ten arrested condemned the "loyalty" China forces Tibetans to express.

The demonstrators were detained briefly at the Chanakyapuri Police Station before their release in the evening.