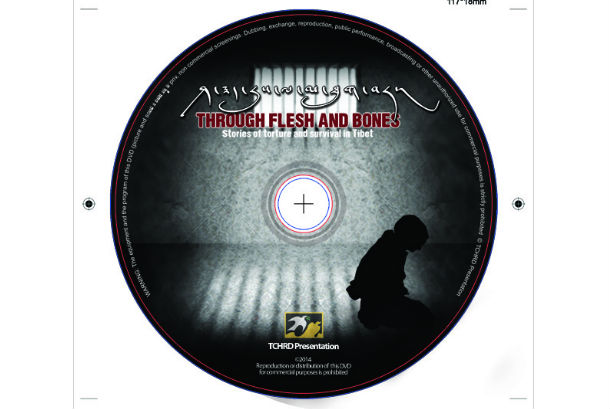 Dharamshala, 26 June 2014: - The Tibetan rights group in exile joins the international community in commemorating the International Day in Support of Victims of Torture.

"On this day, we honor and support those who have suffered unjust, cruel and degrading forms of physical and mental torture. We also express our deep concern over the use of torture against persons exercising their basic rights and freedoms,' the Tibetan Centre for Human Rights and Democracy (TCHRD) said in its statement to mark the event.

The group said that they reaffirm their commitment to fulfilling the goal of the UN General Assembly Resolution 52/149 passed 12 December 1997,which proclaimed 26 June as 'the United Nations International Day in Support of Victims of Torture.'That goal is total eradication of the torture and the effective implemention of the Convention Against Torture and other Cruel,Inhuman and Degrading Treatment or Punishment,which entered force on26 June 1987.

As declared by the United Nations,torture is a crime under international law. It is a crime against humanity,'one of the vilest acts perpetrated by human beings on their fellow human beings,' because torture aims to annihilate the victim's personally,denying him or her the inherent dignity of a human being. Torture strikes at the core of the physical and psychological integrity of a human being. Further more ,the practice of torture often triggers heightened levels of human rights violations such as disappearances,extra judicial killings and genocide.

In Tibet, torture is one of the key instruments which the Chinese government deals with political dissidents who express views deemed as 'subversive'. In Tibet,Tibetans engaging in peaceful forms of protest,such as expressing faith in His Holiness the Dalai lama and demanding human rights and freedom,are routinely arrested without any due process of law and tortured with impurity in many in many visible and invisible detention centers.Such dissidents are invariably subjected to cruel and degrading forms of torture that include: electrocution, burning with cigarettes,severe beating, sleep deprivation,hand and foot cuffs,thumb manacles ,aerial suspension,exposure to cold temperature and long hours of solitary confinement. Apart from the horrors of physical pain, torture leaves behind deep emotional and psychological scars, manifesting in post-traumatic disorders that include symptoms such as anxiety, alcoholism, substance abuse, depression, and in the worst cases, suicidal thoughts.

'Fighting Impunity' is the theme for this year's commemoration. The theme is relevant to the persistent problem of torture in Tibet where impunity for the perpetrator is common practice and torture goes unpunished. Law enforcement officers often in the name of 'national security' enjoy unbridled discretion in using torture to intimidate and terrorize political dissidents, and extract confessions.

In commemoration of International Day in Support of Victims of Torture, TCHRD presents the first-cut screening of a new documentary film on torture entitled 'THROUGH FLESH AND BONES: Stories of Torture and Survival in Tibet.' The documentary is centered upon in-depth interviews with six Tibetans, each of whom were subjected to torture by Chinese authorities for participating in non-violent protests for Tibet's freedom.

The story of the six Tibetan torture survivors is a testimony to enduring human virtues such as courage, dignity and tolerance in the face of inhumane brutality. By retaining their humanity, including their willingness to forgive their torturers in favor of peaceful China-Tibet reconciliation, these six Tibetans, and countless other victims of torture, have triumphed over their torture.

As former political prisoner Tsering Gyamtso, 27, says in the documentary, "Chinese authorities use torture to make political prisoners like us useless in society after our release. They have it all planned to make life after prison useless. Therefore, after release my resolve to get a good education and to use my innate talents to the best of my ability became stronger than ever before. I will not let them succeed at their plans to make our life useless."

Produced by TCHRD, 'Through Flesh and Bones' is made by Abhishek Madhukar and Jean Lepcha. Over the past decade, Mr Madhukar has worked as a print, photo and video-journalist. His work has been published in various national and international magazines and newspapers.

For the last six years, he has been based in Dharamshala, India, primarily reporting as a freelancer and a correspondent for Thomson Reuters publishing over a hundred articles and photographs on the Tibet issue. Ms Lepcha is a video journalist from Sikkim, based in New Delhi. She is a one-man band working on video reports for Global Post, Russia Today, Ruptly wire services, News Modo, and the likes. Her work mostly takes her to rural Indian villages, which is a welcome change for her in escaping the urban madness of the capital.