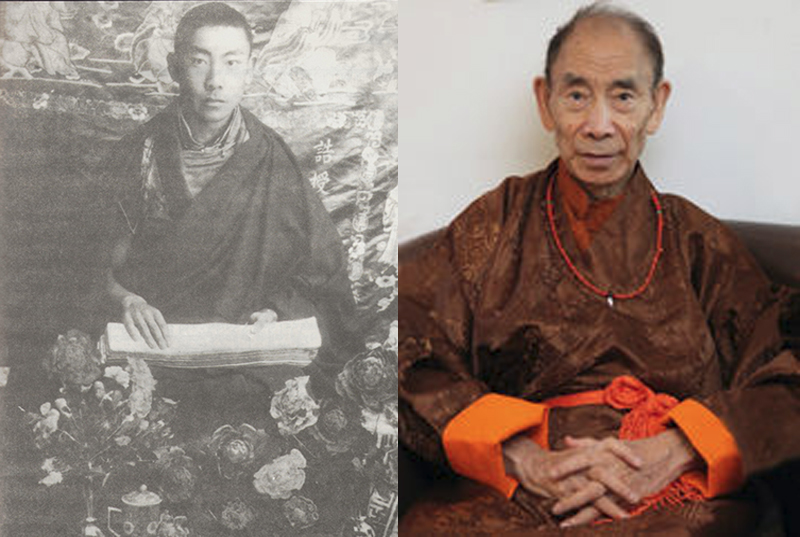 Dharamshala: - Dhongthog Rinpoche Tenpé Gyaltsen, a widely-respected Sakya lineage scholar, passed away on the morning of 13th January, 2015 in Seattle, Washington. He was 83.

At the advice of His Eminess Sakya Trizin, the cremation of Dhongthog Rinpoche took place in Seattle, Washington, on Wednesday morning, January 21, 2015.

After being recognized as the fifth reincarnation of Jampal Rigpai Raldri by the Sakya Dagchen Ngawang Kunga Rinchen, Rinpoche studied Tibetan literature and Buddhist philosophy at Dzongsar Shedra.

Before leaving Tibet in 1957, Rinpoche was the head teacher of Dhongthog Rigdrol Phuntsog Ling Monastery, Kardze, Kham Province of eastern Tibet. Rinpoche served the Tibetan Government-in-Exile for 13 years before moving to the United States in 1979.

In those 13 years, Rinpoche worked at the Library of Tibetan Works and Archives in Dharamshala and at Tibet House in New Delhi, according to Geshe Gazi Tseringpo, a member of the Tibetan Parliament In-Exile.

He was one of the foremost Tibetan Buddhist scholars of recent times, especially for his work as a historian, lexicographer and prolific author.

He wrote several books, including 'The History of Sakyapa School of Tibetan Buddhism,' 'The Cleansing Water-drops,' 'The Peacock’s Joyful Dance', 'The Earth Shaking Thunder of True Word,' 'The History of Tibet,' 'The Timely Shower, The Timely Flame' and 'New Light English-Tibetan Dictionary.'

Rinpoche also worked as a translator and editor on the Tibetan version of Sogyal Rinpoche’s The Tibetan Book of Living and Dying and translated David Jackson’s biography of Dezhung Rinpoche into Tibetan.

In the early 1990s, Rinpoche made a monumental trip back to his monastery 'Dhongthog Rigdrol Phuntsog Ling' in Kardze County, eastern Tibet for the first time since leaving in the 1940s. He was accompanied by his personal attendant, the late Gonpo Dorjee.