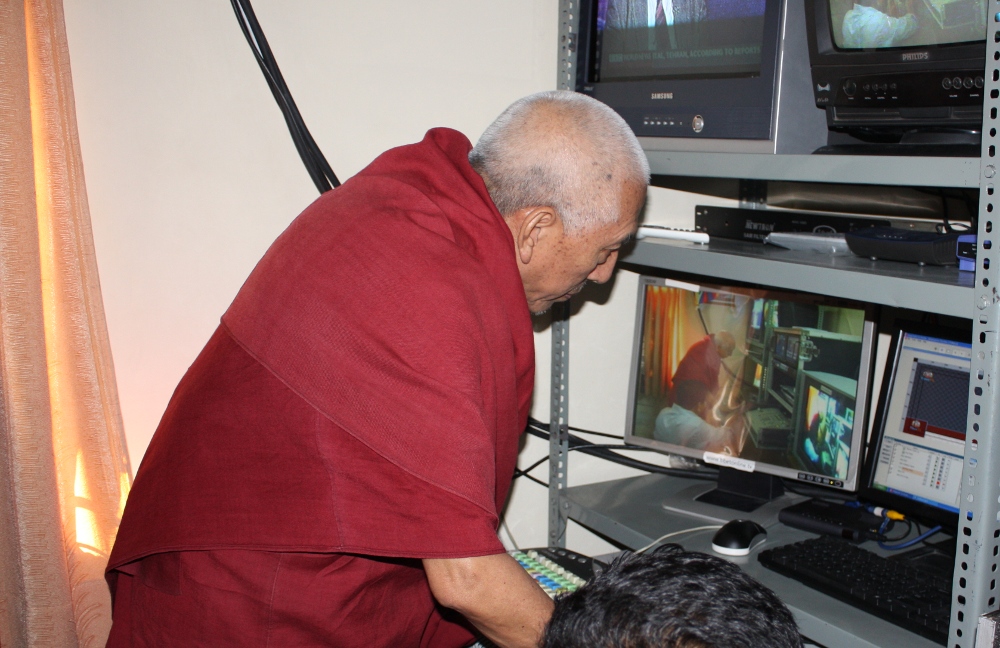 Mrs. Takla explained that the purpose of this non-commercial channel is to keep local Tibetans and Indians informed about the CTA's activities. "This channel will broadcast His Holiness's speeches and instructions, as well as the announcements made by Tibetan Parliament and Cabinet members," she stated.

This will include a live telecast of all Tibetan Parliament-in-exile sessions and any other important CTA events.

Tibet TV will also feature news related to Tibetan culture, religion, language, history, and the education and health of Tibetans in exile, as well as documentaries on Tibet, Mrs. Takla added.

Samdong Rinpoche stressed that television should be used as a medium to preserve Tibetans' identity and culture in exile. He commented on the media revolution and television's preeminence in the world today, stating that, "It is important that we fully utilize these media strategies to highlight the Tibetan issue."

In the middle of the ceremony, the Tibetan Prime Minister adorned P.C. Bhagat and his wife with traditional white scarves in a gesture of gratitude.

Bhagat expressed his wish that, "All the people will, I hope, enjoy this channel, with the blessing of His Holiness and Prof Samdong Rinpoche".